Aviya may be only five years old, but she has a serious love for snow globes and is building quite the collection,  it’s amazing how expensive some of these can be and it’s not like I’ve won the jackpot on Dream jackpot but we do sometimes have tears as she likes to play with them, and snow globes aren’t exactly made from the strongest glass. That’s the main reason I loved the idea of My Mermaid Lagoon, a magical mermaid world with no water but glittery kenetic sand. 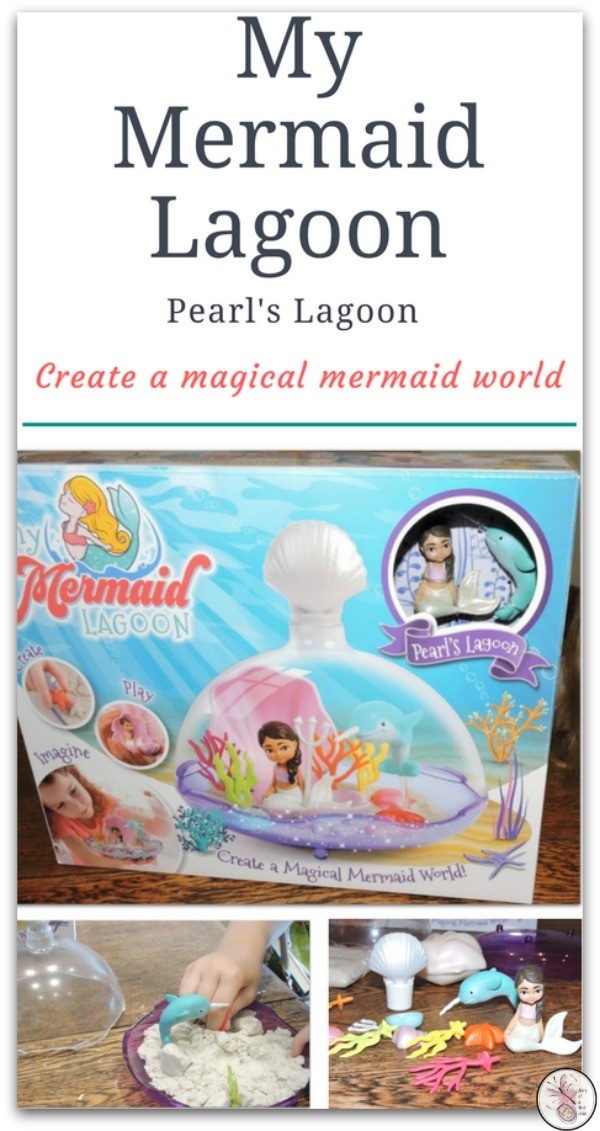 My Mermaid Lagoon is a gorgeous little play set. Even though I hate the constantly growing collection of plastic ‘small world’ items that seem to multiply with abandon in my house, this little set has brought so much joy to my two girls, who’ve really loved playing with the moldable sand and have spent many hours of make-believe with Pearl and her mermaid lagoon. 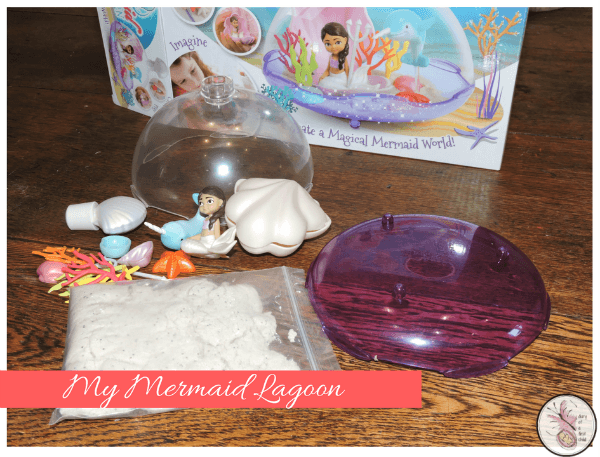 My Mermaid Lagoon comes with four bits of coral and four sea shells – which you can use to make shell shaped sand. There’s  a trident for the mermaid, Pearl, to hold on to and there’s a dolphin with a stick bit that you attach to the base to make him look like he’s swimming around. It’s really beautifully designed! 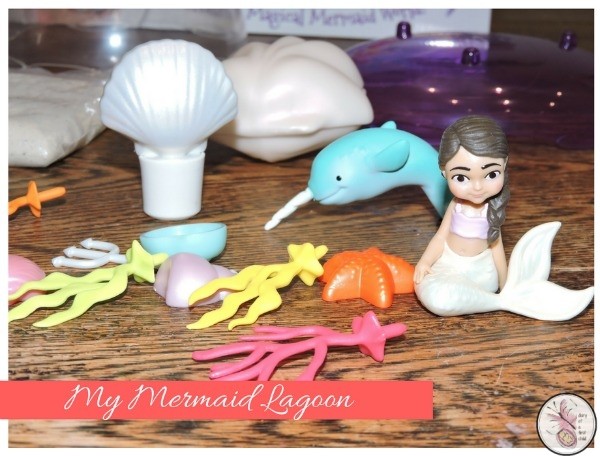 Along with Pearl there’s also a shell that she can sit in – this is perfectly pocket sized so Pearl can safely travel around with you when she’s not in her lagoon.

The ‘magic sand’ that comes with the set is filled will sparkly bits, which do really stand out and add a bit of magic to the whole visual. 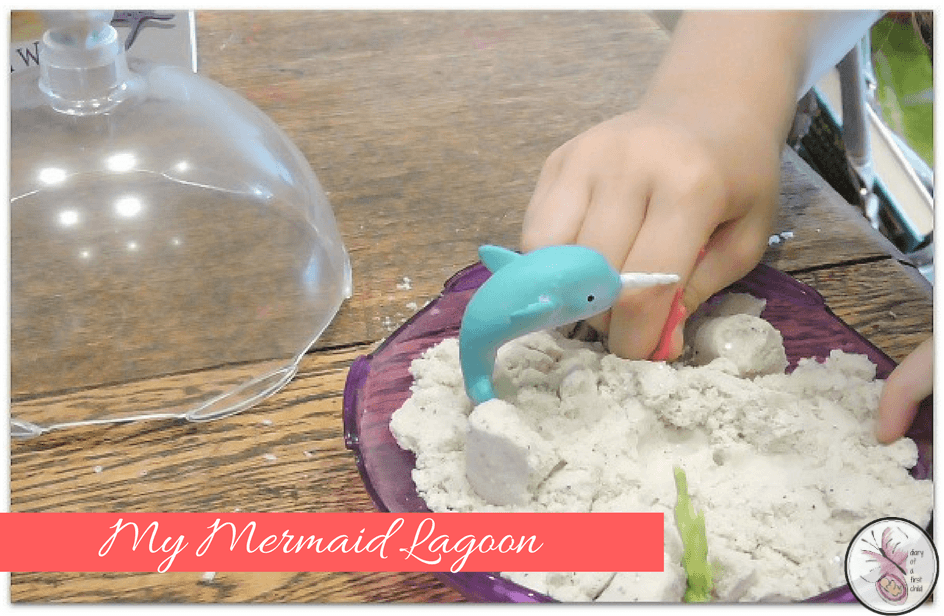 I did expect Aviya to really like this toy as an ornament, but I didn’t really expect it to be such a huge hit as an interactive toy for her and her sister.  It has meant my living room carpet has had a lot of sparkling sand around it, and I think we’ll have to see if we can replace it, at some point, but I have been pleasantly surprised by their joy in My Mermaid Lagoon.

There are two other mermaids in the series – Coral comes with a seahorse and Marina also comes with a dolphin, but she has a blue shell.

My Mermaid Lagoon play sets from Interplay have a £16.99 RRP and are available from Amazon