I strongly dislike ‘introducing’ a new series, as life inevitably happens, and we have to stop, or change direction. Just as I’m getting into the swing of a new theme, the kids decide they don’t love it, and we have to do something different – and since we’re all about being child-led in our home education, that can be a bit of a problem, but here I am, none-the-less, introducing a new series here on the blog. It’s called Women Who Did and it’s all about the women who’ve come before us and made our world and our lives what it is today, whether we knew about it or not .

Why Women Who Did?

A few years ago I saw a bracelet come up in my timeline on Facebook, and it ‘spoke’ to me. I bought it that day and have worn it every day since. It catches my eye often and it gives me strength when I need it. I’ve since written it’s message on my wall where I can see it every day, and my girls will brush a thumb over it from time to time, when they too, need strength. 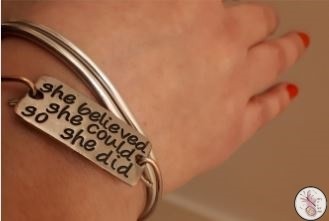 I also believe that we live in an incredible time. Maybe the best time in history to be a woman or a child.  The information age has given us a wonderful gift. Books about women in science, women in sport, women in history all abound, and I think it’s time our daughters – and our sons – learn about some of these people and see them for the impact they made in our world. And just browse the shelves of a children’s section of a bookshop and you’ll see there are a lot of people who feel this way.

So this year, for a start, our learning at home will focus around women who changed our world. My hope is that my girls will walk away from this learning with no doubt about their ‘role’ as women in our world, and that they will see themselves – not as greater than or even equal to anyone else, but rather as limited only by their own minds, and hopefully, eventually, as not limited at all.

This year my girls and I are going to start by looking at: 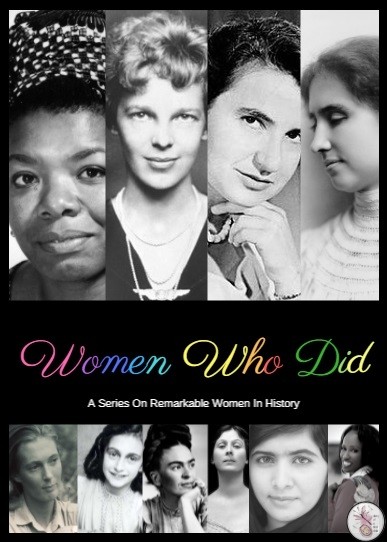 I asked other bloggers on a Facebook page recently who their female heroes (or should-be-heroes) are, and here are some of the names that came up: