I was curious to see how dinosaurweek would go down in our home, as my daughters are just over one, and not yet four – not the target age or gender for dinosaurs, normally. Turns out, however, that they absolutely loved it. We had two dinosaur books that we focused on this week: 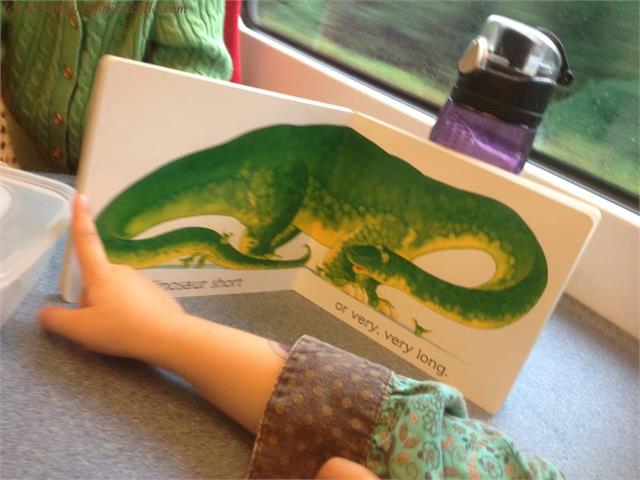 Ameli chose a dinosaur she liked out of ‘Things You Never Knew About Dinosaurs‘ and she made her interpretation of the dinosaurs that ride around on bikes. 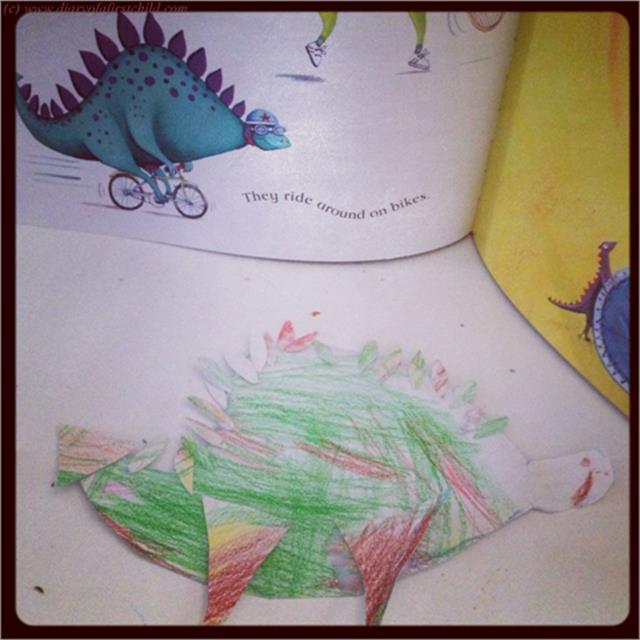 Another day another dinosaur, so we made some quick and easy salt dough:

mixed together and coloured accordingly – I mixed green, red and blue food colouring for the grey-ish colour.
We made a few dinosaurs, eggs and nests, and then left them out to dry. It provided a great opportunity to discus the difference between amphibians and reptiles. 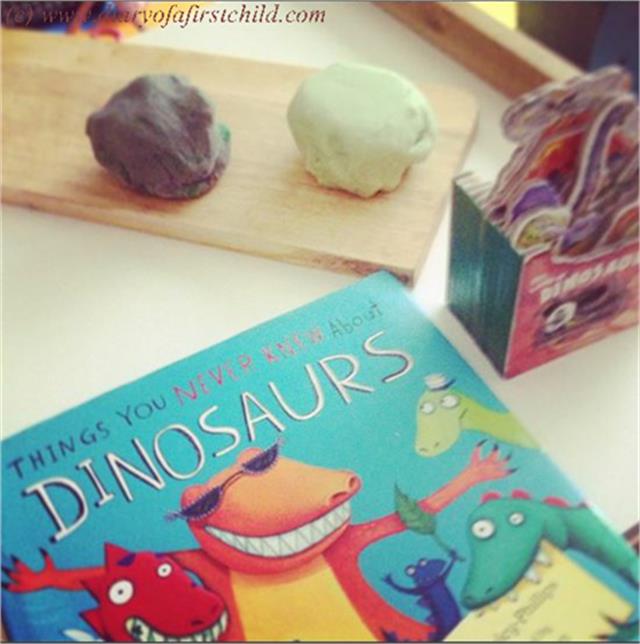 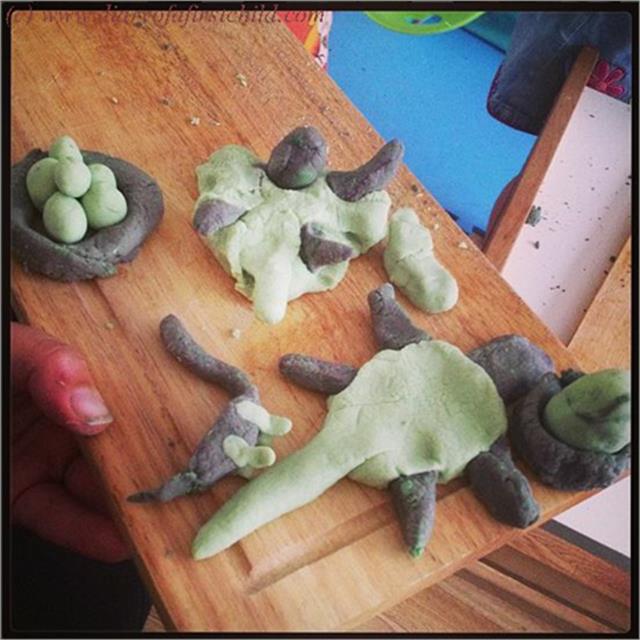 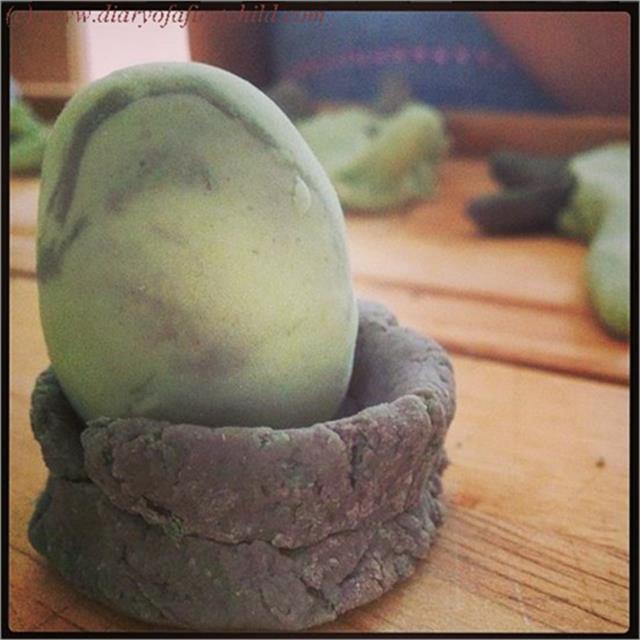 Of course, no conversation about dinosaurs can be complete without excavation. I put some toys, pompoms and water beads into blocks of ice, and the girls had a lovely, cooling, time ‘excavating’. I would say keep the blocks small for younger children, as they lost interest half way through. Smaller blocks would give them the pleasure of completion in the small attention span time frame. 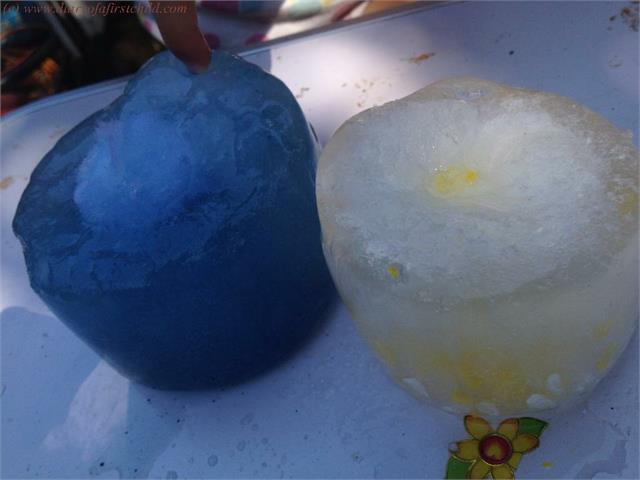 I’ve seen these dinosaur eggs floating around Pinterest for ages now, and thought we’d try it for the dinosaur week.

I boiled a few eggs – the Thermomix makes amazing boiled eggs! – and then Ameli cracked them gently. We then poured some food colouring over them and left them for a few hours.

Later, Ameli peeled the eggs, which is great fine motor skill practice, and equally great for learning how to work really gently.

The peeled eggs looked fantastic, really! The blue egg only had a couple of cracks in, so didn’t have the same pattern. It was a fun experiment, and a yummy lunch. 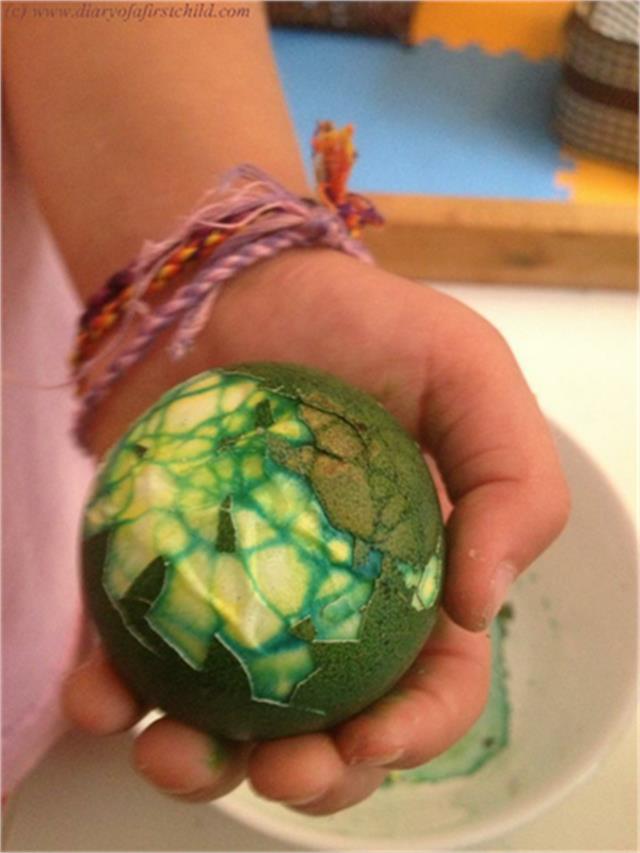 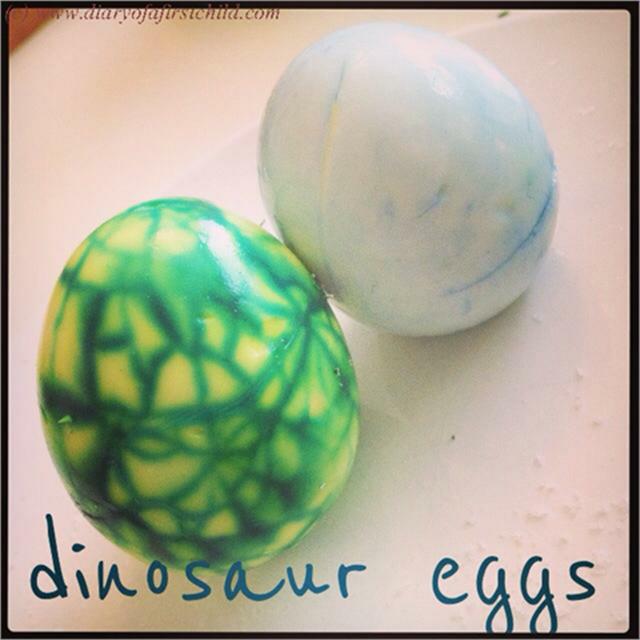 As much as you can with a three year old, we discussed extinction, creation, evolution and everything that goes with dinosaurs.
It was a really fun week!