Sometimes, the best places you’ll find are a little further afield than the major attractions. Specially these days, where the larger cities can be so crowded, you need a holiday to recover from your holiday. Rather than spending precious family time on queues or arguing about who wants to see what, there are some amazing family days out options under an hour from London – and as anyone who commutes in London will know, it can sometimes take that long just to get to somewhere else still in London!

But how many awesome family days out can there be within an hour’s train journey from the Big Smoke? More than you’d think! 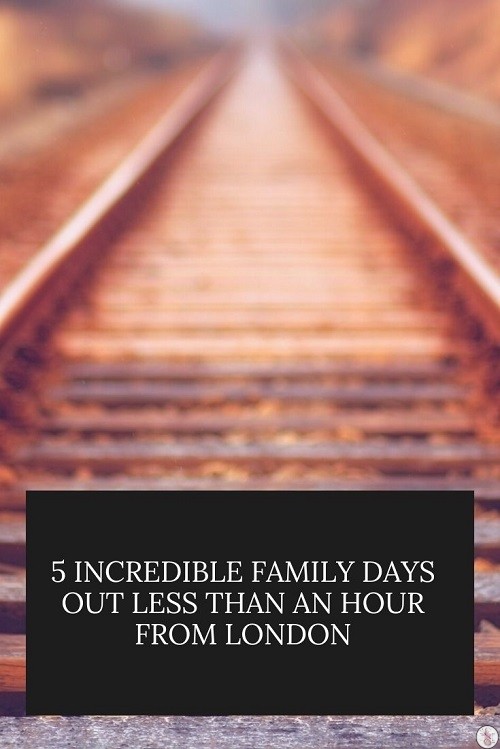 Warner Bros. Studio Tour – Just 20 minutes from Euston, what was once a bunch of nondescript warehouses has now become one of the top London tourist attractions. And it’s not even in London! The tour takes place on the same sound stages used to film the wildly successful Harry Potter films and it’s always changing and adding new features and attractions. So, if you’ve been before but haven’t been in a while, now might be the perfect time to reawaken the magic?

Windsor Castle – The royal residence with the longest residency in all of Europe, this might just be the most famous summer home in the world. Famously the favourite of Queen Elizabeth II’s many residencies, tours of the castle and the State Apartments, not to mention the world-famous gardens, are all u for grabs just a short train ride from the centre of London – and you’re around the corner from Legoland, which is another fun day out!

Box Hill – If you fancy something a little more energetic, why not ditch the transport entirely and instead opt for a glorious bike ride? Box Hill was an official part of the 2012 Olympic cycle route for a good reason – it’s simply stunning and for families that enjoy cycling together, it doesn’t get much better.

Stevenage – It might lack the grandeur of Windsor Castle or the magic of Harry Potter, but Great Northern Rail is always offering great deals to some of the more northerly towns caught between London, Oxford and Cambridge. Stevenage is just one of those towns and is perfectly suited for a family day out thanks to the gorgeous Fairlands Valley park and the indoor adventure centre Partyman World of Play. It’s also a short train journey from the idyllic Welwyn Garden City!

Mersea Island – The UK’s most easterly inhabited island is an incredibly peaceful remote island only an hour’s train ride from London. Technically attached to the mainland, it floods at high tide making it a tiny and quaint little island retreat that is famous for its seafood, its crab fishing and its boat trips. Fishes in this area might not be as big as what Jimmy John Shark caught, but it’s big enough for a fulfilling lunch good for a person or two.

Of course, an hour from London you’ll also find Brighton, Canterbury, Cambridge, Oxford and so much more, but for a trip that’s going to delight the whole family, any of the choices above should more than fit the bill.