It’s always fun to say you know a famous person, and even more so if you knew them before. That’s the case for me when it comes to Kitty Black, my writing buddy who bit the bullet and sent her writing samples off to publishers, just to be picked up by numerous publishers! A true example in reaching for your dreams and achieving them. So it brings me immense joy and pride to share with you Who’s Afraid of the Quite Nice Wolf by Kitty Black. 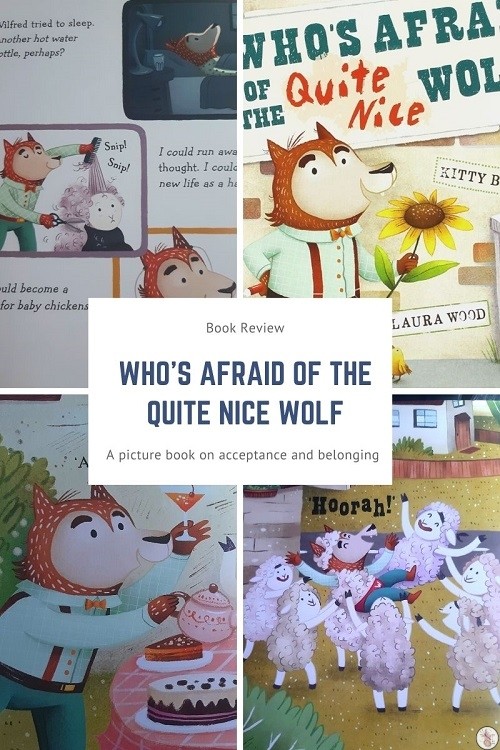 We all know that not every square peg fits in its hole, and this story is exactly that. Wilfred was a wolf, the story starts, but not a scary one.  No, in fact, Wilfred liked tea and poker with sheep and gardening with bunnies. He did not like howling with wolves, and he certainly did not like eating meat. This made him not only an outcast amongst wolves, but it made them mock him too – and they tried very hard to turn him into a ‘proper wolf’.  But Wilfred knew himself and his own mind, and he knew who his friends really were, so along with the sheep, he came up with a plan to help save the sheep from the nasty wolves. The wolves attacked, but instead of being afraid – the sheep fought back, and Wilfred found his place in a new society that appreciated, loved, and most importantly valued him for who he really was.

What about the illustrator? 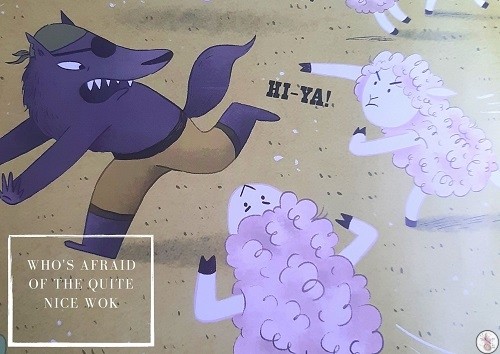 The illustrations by Laura Wood are lovely too, with the expressions on the animal faces being incredibly emotionally expressive. You can see the confusion on the wolves’ faces, and you can see the fearsome, the feisty and the loving on the sheep faces. Very cutely done.  They are the type of illustrations that add to the words and help round the book out as it’s easy to feel for the characters due to their very expressive faces.

What do the children say? 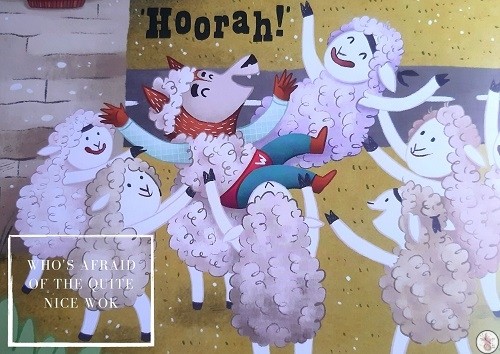 When Wilfred is psychingup the sheep for the battle, they have a ‘war cry’ – “Sheep are fearsome. FEARSOME! Sheep are bold. BOLD! Sheep are scary. SCARY!” Aviya commented that that’s how I feel about women in general, and the message I give to women about themselves, which I was pretty pleased with!

Aviya really liked the story, she particularly felt that it showed you can’t judge who people are by the outside.

“If the people around you don’t appreciate you, stop trying to please them, and find some real friends.” – Aviya, aged 8

“I think it’s a great story for showing you how to follow your own path and not do what others expect of you and that no matter what you do, there will always be someone you can be safe – your true self – around. You just need to find the right person.” – Ameli, aged 11

As a critically thinking 11-year-old, Ameli said she was surprised that the rabbit managed to get Wilfred to water his plants instead of eating him, and she’d love powers of persuasion like that! She also recognised that solving your problems isn’t always a one-workout solution and it takes a bit longer than one day to go from afraid to fierce, which I felt were all really valuable talking points with someone heading rapidly into her teenage years. 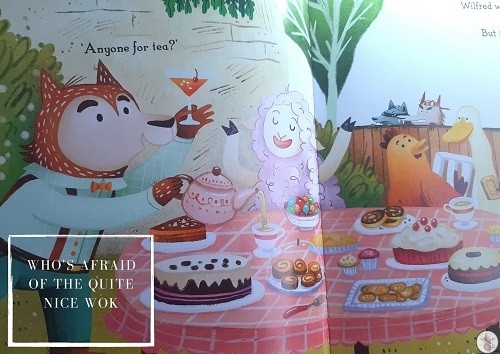 More about the Kitty Black

Kitty Black lives in Perth, Australia and Who’s Afraid of the Quite Nice Wolf was her first published children’s story. Also available for pre-order is A Crocodile in the Family a picture book about a family of birds who take home an egg and, even though the crocodile that hatches from it doesn’t look or act like the rest of the family, he belongs.

Where can I buy the book?


Who’s Afraid of the Quite Nice Wolf is published by New Frontier Publishing and is available from leading bookshops and also from Wordery, who offer free international shipping on both the paperback version and the hardback versions. Alternatively, you can find them online at Amazon.

Enjoy family time with a free Audible trial. We build puzzles, draw and spend time together listening to fun stories on Audible!