Reading is an important aspect of developing a child’s mind and also getting them interested in an enriching hobby. However, the older they get, the less time you’ll have to read to them, what with them becoming more independent and you busy working at a job in healthcare or barricade manufacturing like at OTW Safety. It might be time for them to start picking up books themselves, but what kinds of books will keep their attention long enough to pull them into the world of reading? Here are some great fantasy books to nudge their way. 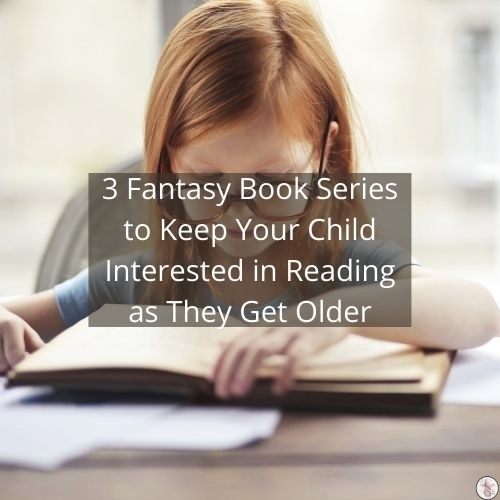 Harry Potter inspired a generation of readers back when the first book was released, and there’s no reason it can’t do so now. There’s a good chance your child may have seen the movies, and if they’re a fan they should definitely consider starting the book series that made them possible. Even though these books are a bit hefty, with several exceeding over 150,000 words, they aren’t particularly difficult to get through. Children in the later years of their elementary career or middle school should be able to handle it if they are eager readers. The stories themselves are full of magical wonder, interesting characters, and humor, while also teaching moral lessons to readers along the way, allowing them to be fully entertained and also take something away with them long after they’ve finished.

Percy Jackson and the Olympians

This series spawned several spin-off series, but going back to where it all started can open up a world of new reading possibilities for your child. With five books that are all under 100,000 words, this series should seem a bit more digestible if your children are just getting into reading bigger books on their own. The series bears some resemblance to Harry Potter, with our “chosen one” protagonist, a camp instead of a school, and characters wielding Olympian powers rather than magic, but there is also plenty that sets it apart on its own. With the new Disney+ series in development, this would be the perfect introduction to the franchise to get them excited!

The Chronicles of Narnia

This series might be a little less intimidating to new readers than larger other series, as the books within them each contain less than 65,000 words or so. This makes it easy to fly through each entry without much of a headache. It’s a great entry series for young readers that enjoy the fantasy genre, with elements like magic, queens, knights, talking animals, and mystical worlds aplenty. You can also bring the whole world of Narnia to life with a Narnia themed party.

Instilling a Love of Reading

These are all wonderful fantasy series that have become extremely popular over the years, but there is a whole lot more reading material out there. Show them your favorite books you used to read as a kid and see if it appeals to them! You never know, they may just fall in love with the same books you grew up with.

Can I Eat That {Book Review}
3 Fantasy Book Series to Keep Your Child Interested in Reading as They Get Older
Hold That Thought, Milton {Book Review}
A Child Of Books {Review}