We are just being blessed beyond measure. My brother and my grandmother are here visiting us and we are going all over the country and continent at the moment. It’s been such an amazing time and there have been some fantastic moments that I will treasure for ever. With a family as far flung as my own, these moments are way too few and far between.

Despite having been to Dover a number of times, I’ve never seen the Cliffs from the ocean – something I’ve always wanted to do. Today we took a ferry from Dover towards Dunkirk, France, and I finally got to see it. When Ameli, my daughter, was 12 days old, Martin, my husband, my Dad, my Mom and I walked five miles from the first hump in this picture, all the way across to the tiny light house you can just see on the right hand side and back again. It was a lovely walk, and it was fantastic seeing those dreamy White Cliffs of Dover in full view. 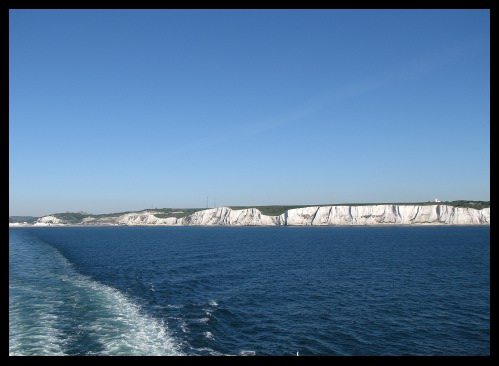 I had my worst moment as a mother in Paris. Not everyone can say that, I guess. I was sitting on a bench next to the Arc de Triomphe and looking at a map. My brother and gran were doing other things, and Ameli was at my feet. I was engrossed in map reading and realised that she wasn’t at my feet anymore. I looked down and she wasn’t behind the map, nor was she under the bench. Suddenly almost unreasonably terrified, I jumped up shouting something like ‘Where’s my child?’ still unable to see her. My shout caused her to raise her head from under the bench on the far side, beyond where my grandmother was sitting. I scooped her up and held her and cried. Every bad thing I’ve ever heard, read or seen flashed through my mind in that one moment. I just didn’t know she could get ‘away’ from me so fast and so engrossed was I that anyone could have picked her up. Phew. My blood still runs cold when I think about it. 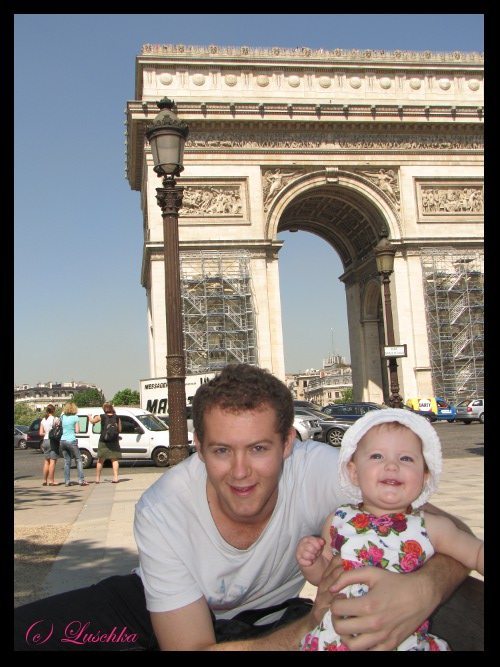 This was a bit of an accidental picture. I didn’t intend for it to look like my brother, Ziech, was leaning against the Tower but I was quite happy when I saw it. We spent the day going around Paris and ended at our favourite restaurant. It’s amazing sharing these moments with my family and even though Ameli is too young to remember it, I like to believe that it is instilling a sense of adventure and a wanderlust in her. (That’s a link to one of my all time favourite poems, Wanderthirst, by Gerald Gould).

Day 156 – Horror in the Shadow of Stature – Grimbergen, Belgium

Okay. This isn’t pretty. It haunted me for days. It never left my mind. Perhaps because of yesterday’s experience, I don’t know. The statue is of a woman holding a dead child. The inscription reads as follows:

I Am Wounded Inside

To the mothers of raped,

victims of paedophiles and of Dutroux

(Dutroux was a serial killer who was released on early parole after serving three years of a child sex abuse sentence and then went on to rape and kill six 8 – 19 year olds. He left two of the girls to starve to death while he was in custody on a car theft charge, and murdered two more. He kept a 12 year old locked up and raped her repeatedly for 80 days and when she said she wanted to see her friends, he kidnapped a 14 year old to ‘keep her company’. He did all this with the help and to the knowledge of his partner.) 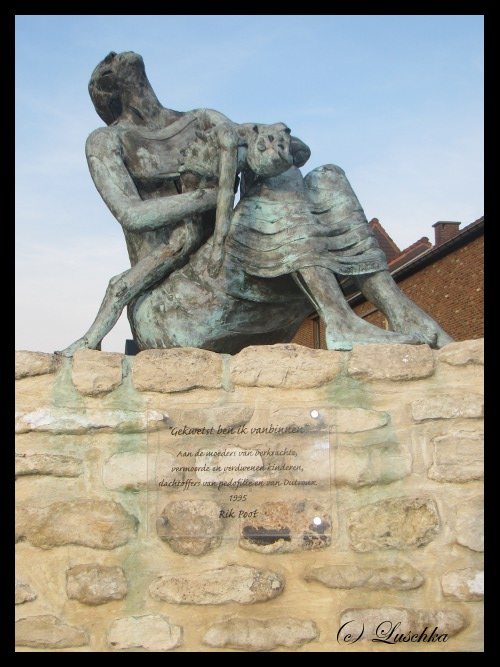 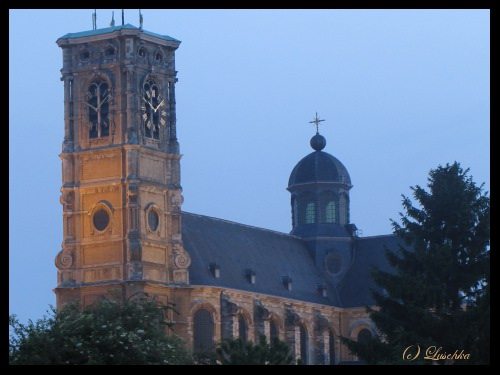 A day spent all together touring Brugge. A really beautiful city, Brugge is full of fairy tale character with horse drawn carriages, cobbled stones and chocolateries dotted temptingly around the city.

They say this is the most photographed spot in Brugge. 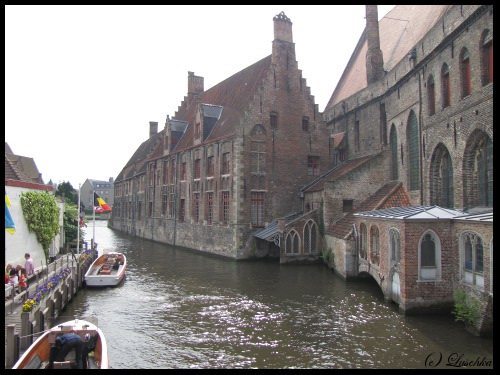 And they say this is the best chocolate in Brugge. (I can’t really argue too much) 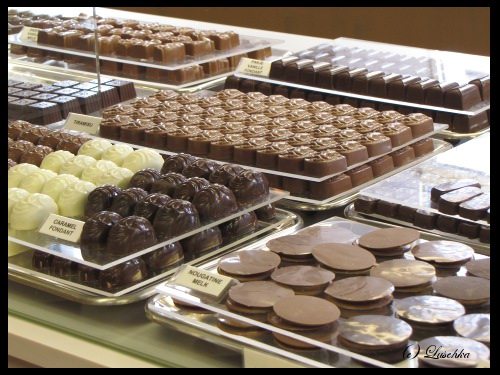 Another day in Belgium, we decided on the Open Top Bus tour as the tourist attractions in the city are so spread out. I loved the Atomium. What a great structure! 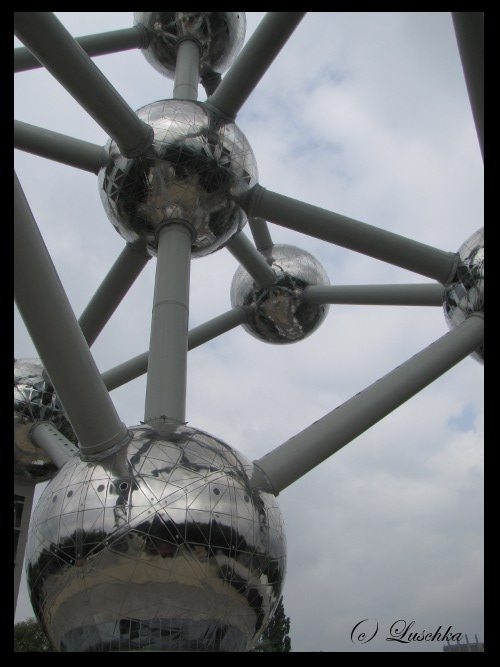 Well now, what can I say about Anne Frank House in Amsterdam? It’s simple, uncomplicated and effective. There are no grand gestures, no entertaining bits – just an empty house with information about the family who lived there and how they were betrayed. I’ve read and studied a lot about the Holocaust in my time and a few years ago visited Dachau in Germany. It’s an experience seeing it from the other side. 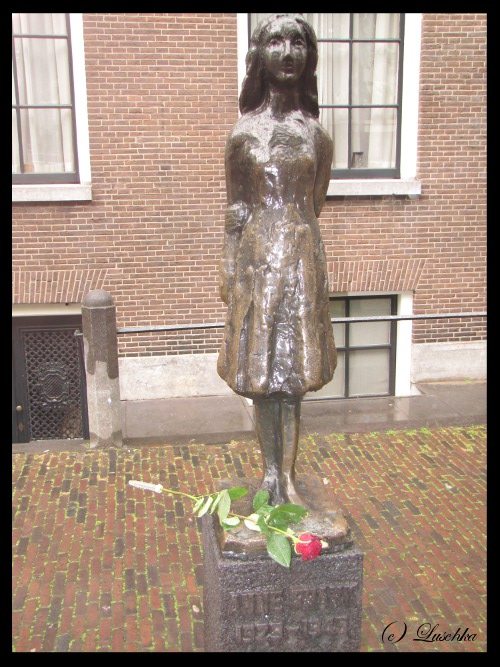 Zaanse Schans depicts village life as it would have been back in the day with windmills lining the river, olden day museums and cheese and clog making. 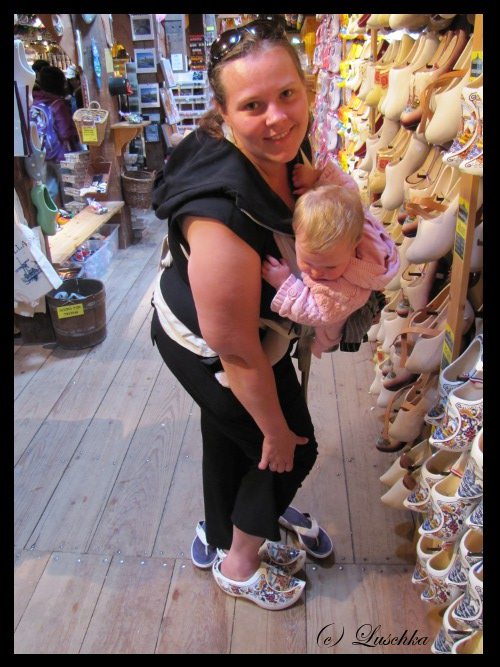 Thanks for joining us for our week in pictures – and sorry it had some low points!