Well, doesn’t that just sound like great news! I can’t begin to count how many articles, stories and books I’ve read around childbirth and labour and how many times I’ve read the line ‘no one really knows what triggers labour‘. It seems that’s all about to change. If you want to read more recent news, check this new post about Jimmy John Shark.

The actual explanation of the process in Nature News is quite long and sciency, so I’ll share the short version from Strollerderby: 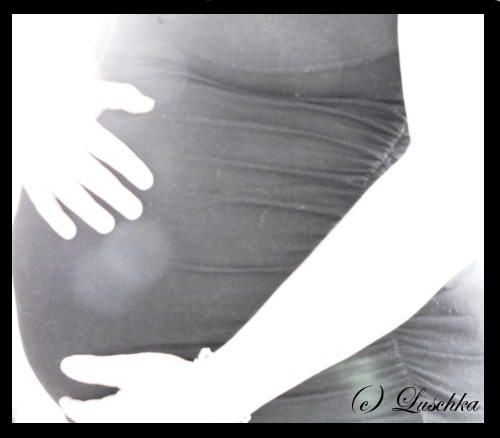 â€œThe key is that tiny micro-fragments of RNA (DNA’s single-stranded cousin) in the uterus become extra active at the end of pregnancy. As circulating progesterone levels fall, these miRNA pieces are expressed strongly.

The miRNA affect two important genesÂ (ZEB1 and ZEB2). These two genes keep labor at bay, because they keep levels of contraction-inducing hormones, like oxytocin, down.

Doctors and researchers know that infections and inflammation cause women to go into labor early. So they tested this on mice, inducing labor in some with an infection and others with hormones. Sure enough, the cascade of miRNA and ZEB genes held up.

This is a surprise to scientists, because the ZEB genes weren’t thought to be involved in labor at all â€“ a scientific curveball. Now they know that when a woman gets an infection, these genes and the miRNA kick off contractions.â€

Now scientists are really excited about developing a new series of treatments to help prevent pre-term labour, and help keep pregnant mothers pregnant until their babies are ready to be born. Of course, that’s great news! I was in an NICU unit just last week and some of those babies are so small, I was afraid to breathe around them.

But it does lead me to wonder about something else: that whole ‘you have to be induced within 24 hours of your water’s breaking for fear of infection’ rule. This is often a determining factor in women having to be induced, which we all know by now can lead to a ‘cascade of interventions’.

“Mendelson” â€“ the biochemist leading the research at the University of Texas Southwestern Medical Center in Dallas – “says that many women go into early labour because bacterial infection leads to inflammation, which can induce labour. And labour itself resembles the body’s inflammatory response, she notes, in which foreign material is ejected from the body.”

While Hollywood and most of the medical world would lead you to believe that you have to run for the hospital the moment your waters break, there is actually only a very small increase in the risk of infection. A 2007 study published in the journal of Obstetrics and Gynecology, found that the risk of newborn infection did in fact increase over time: the risk was .3% for a duration of less than 6 hours and increased to 1% for over 24 hours.

1% chance of infection versus the nightmare that labour can be after induction.

I have recently discovered and absolutely fallen in love with the blog of a world travelling doula, DoulaMomma, who wrote a fantastic article with excellent research and studies on what happens when your waters break before labour. It really is well worth a read â€“ as are the real life and real time stories in the comments below.

I think it’s fantastic that â€œtheyâ€ are developing a treatment for pre-term labours, but I would love to see some research on the reverse â€“ is spontaneous labour missed by lack of ‘infection’ due to inducing too early?

Perth Nurse In 2013 – Normalising Breastfeeding In Public
Pulling Down The Blinds For #BritMumsLive
Definitely Maybe – Is Safe Really Safe?
News Of The Week: Everyday Chemicals May Be Harming Kids