I’ve written some pretty deep and serious posts over the past couple of weeks, so I thought today would share something a little lighter with you. If you’re a Sunday Times reader, you might recognise the name Matt Rudd. Well, today Matt has written a guest post for me on one of my favourite topics – traveling with children. You only have to peruse our travel section to see that it’s something we do A LOT, and Matt’s (slightly abandoned) blog made me smile – I don’t know that many people who road trip around Europe with children! Matt was once the Deputy Travel Editor for the Sunday Times, and is a pretty seasoned traveller himself, so you can see where we have things in common. A major difference between Matt and I, however, is that he is funny! I can’t write funny, but he does. I hope you enjoy his post! (By the way, Matt has written two novels about family life: William Walker’s First Year of Marriage and William’s Progress, two children and a wife must be great inspiration!)

It is, I know, very annoying when other people tell you how to raise your children. There is nothing worse than some know-it-all preaching the virtues of the elimination method (though it does work, it is awesome and I haven’t had to change a nappy since our youngest was two months old â€“ so, nerr) or controlled crying (it’s barbaric, you evil people â€“ just saying) or co- sleeping (do it â€“ it’s the easy way).

So I won’t tell you how to do it. What you do is your decision. We’re all in it together. No point in whinging at each other. Go with the flow. Spread the love. And so on. Except for one thing (apart from the nappy thing, the controlled crying thing and the co-sleeping thing): do not book a longhaul holiday with your children until they are at least five and preferably eight and ideally 92. 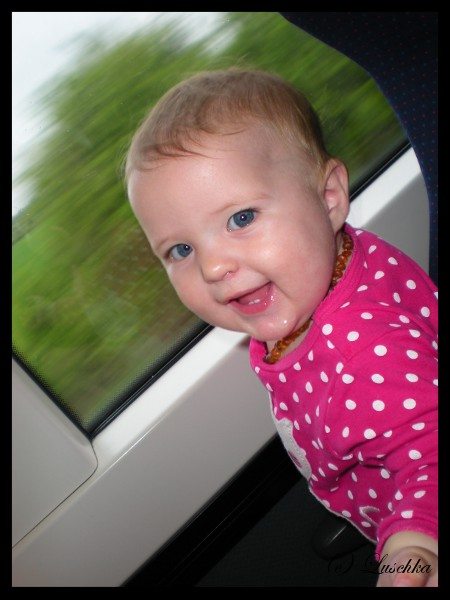 The only time Harriet and I get properly tripped up by this parenting lark (apart from all the other times) is when we attempt too much. We try to sneak off to a dinner party (and get called back before the starters started). We decide they’re old enough for a trip to the Natural History Museum (and have a big scene in front of T-Rex). We buy Lego instead of stickle bricks and spend a whole week sifting through faeces checking the swallowed yellow bit has gone all the way through (it did â€“ amazing).

The trick is to manage your expectations. You are not going out to dinner for the first year. Your child is not enough of a prodigy to understand palaeontology age four. Lego is, as it says on the packet, a choke hazard. More than anything else, this is crucial with holidays.Â  You are not going to the Maldives or Thailand or Vanuatu. I’m sorry, but you aren’t. Yes, I know it’s been a really long cold winter and you’re as pale as a geisha with a stomach bug but it’s just not worth it.

Ideally, you will accept that flying anywhere on holiday is expensive and pointless. If you haven’t, let me remind you of the pram-through-security nightmare, the inflight nappy- change, the tutting businessmen, the rictus smiles of cabin staff that will be forever burnt into the memories of your terrified progeny. Nothing, absolutely nothing, is fun about flying with children. You arrive more exhausted than you ever thought possible. You recover. You flyhome. You have to recover all over again.

Don’t fly at all but if you do, limit it to two hours. That allows for Italy, northern Spain, France, Germany, some bits of Scandinavia, Morocco if you close your eyes for the last 20 minutes but not Tierra del Fuego.

If you still insist, might I recommend the following: a portable DVD player, Medised* and a laissez-fare approach to safety-belt rules (by which I mean only belt the child in when you’re on the runway and the engines are powering upâ€¦ the cabin crew will try to bolt you in 10 minutes before you even start taxiing which means at least 40 minutes restricted wriggling nightmare before the fasten seatbelt sign comes off which means screaming. So pretend it’s done up till the thrusters go on)**.

Wales is beautiful in February. The relentless rain is good for the soul and the closed seasonal tea shops would have been twee anyway. It is also a total bargain. Scotland by train is joyousin October if you take your toboggan and you book early enough to get a cheap sleeper cabin.And my, how you’ll appreciate the summer sun when it does finally arrive if you haven’tspent your whole winter flying to Barbados with screaming babies. France is great value if you avoid honeypots like the Loire, the Dordogne and the sunny Riviera. Stick to the Pasde Calais, an hour from the ferry terminal and cheap at half the price.

And, by the way, the ferry is better (and cheaper) than Le Tunnel. Yes, it’s slower but you can get out of the car,Â  have a break and treat yourself to a congealed fry-up in the VIP canteen. Okay, it’s not the Cap d’Antibes but at least the little-ones are smiling. And if you want a manageable family holiday, that is definitely the main thing.

* Harriet says I shouldn’t mention Medised because it’s for over-sevens now and it’s BAD but I meant for you, obviously, not the children. With one of those little gins. Or two.
** Author’s views are his own. Probably best to ignore them

(William’s Progress and William Walker’s First Year of Marriage (HarperPress) are out now in paperback (Â£7.99) and as ebooks.)

My first flight with Ameli was to Norway at 5 months. That was easy. Breastfeed on take-off and landing to help with the ear pressure, a bit of a look around the plane, and a two hour nap, and everyone’s happy.Â  On her first birthday we flew to South Africa, via Madrid. Sixteen hours, accidentally alone (my husband missed the flight – thank you Transport for London strikes) was somewhat more harrowing. Ameli was very well behaved, under the circumstances, but your reason for a flight like that has got to be a good one!