Yarrow, or what the Ancients called Achillea after Achilles, the legendary warrior.Â  In battle, Yarrow was used to speed up the blood clotting and to stop haemorrhaging. Crushed, the leaves can be put directly onto cuts, and used for nose bleeds and earache, and even chewed for toothache. 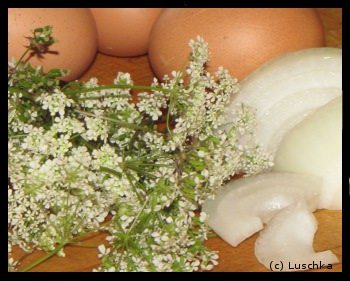 I’ve read too that yarrow tones the blood vessels and aids digestion. It is specific for thrombosis associated with high blood pressure. It is a natural antiseptic, and is used for diarrhoea, even in children.

Yarrow is also probably the best fever remedy. While we’ve been draped in cold and flu this week, I’ve managed to drag myself to the field across from us, and pick some handfuls of Yarrow.Â  Yarrow is a fantastic fever remedy. It makes you sweat, and lowers your blood pressure. 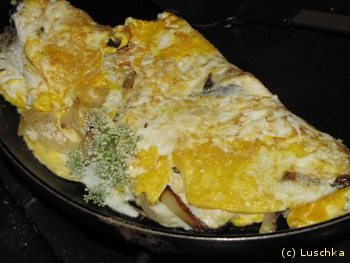 I’ve mentioned before that I love omelettes. They’re a favourite fall back for me â€“ they’re great for a quick meal and excellent for using up leftovers. Â When feeling ill, I don’t feel like cooking for ages, so with the Yarrow I picked, I decided to make omelettes with onion and yarrow.

At the same time, steeping a few of the flowers in boiling water makes a rather sweet, if slightly unusual tasting tea.