It’s official. I know it now. I’ll never be “their” beautiful.

There’s been a huge increase in views on our YouTube Homebirth movie recently, and while most of the comments are really lovely, supportive and even thankful, there are a few trolling comments that question my physical appearance and who would want to, erm, impregnate me in the first place*.

I lay in the bath last night, feeling my 15 week old baby flutter in my belly and I felt regret. I really hoped by the time I had this pregnancy, I’d have a lovely flat belly, so that I could have lovely flat belly, tight belly, round belly photographs, without that little overhang of fat that I had in the pictures of my first pregnancy.

I got out of the bath with a sigh of resignation and caught a glimpse of myself in the mirror. That face.  I must tell you, it’s been a while since I’ve caught anyone doing a double take, turning around to take a second glance at me. My face isn’t asymmetrical (or is it symmetrical that’s meant to be beautiful?) I have a ˜mask of pregnancy’ that never really faded.  There’s a double chin that comes and goes. And besides, staring down the barrel of 32, I’m too old.

But this is me and during my first pregnancy I realised that I didn’t want my child to inherit a poor self-image from me. It led me to writing about mothers, children and self-image, and I realised that the world is entirely geared towards making us feel inferior. Quoting myself from that article, “Advertising, and public perception with it, has to make us feel ugly and inferior, otherwise they will never make the money they do.”

Recently, I’ve been reading about families who refrain from telling their children that they are beautiful, or pretty, or handsome and so on, in an attempt to make them place zero importance on the physical. I’ve contemplated this, but it doesn’t make sense to me, and it doesn’t equate in my mind. In a world where so much emphasis is placed on beauty, I think it is more important for me as a parent to place emphasis on inner beauty, rather than not talk about beauty at all.

I love the concept of raising my child to be completely unaware of physical beauty, or the appearance of beauty, and with it self-image, but I do not believe that it is possible in the commercial, Western world we live in.

I see self-image as a large vase, in my mind. It’s empty, but it exists. If I fill my child with positivity and a healthy view of herself that’s great, but if I leave it empty, the world around her will fill the vase with it’s perception of perfection – size 0. Hair. Make-up. Admiration.  Either way, that vase will fill up, and she’ll see herself through it.

For me, and my child, I’d rather have her ‘vase’ full of an awareness of her beautiful nature, her kindness, her compassion and the importance of those things. I’d rather she have an awareness that she has beautiful eyes, but that the joy within her radiates out of them, making them beautiful. I’d rather she knows that she has a lovely face, but that the face doesn’t matter if there are hateful or hurtful words coming out of the mouth.  I’d rather teach her that her beauty doesn’t matter if she’s mean and that people who know you don’t love you for your looks, but your actions. 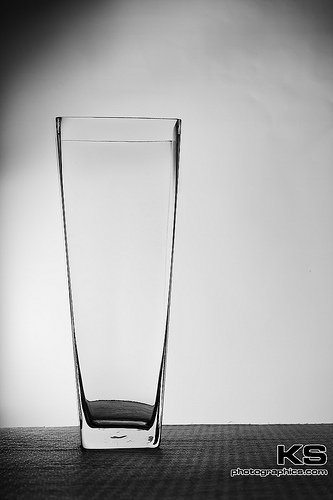 We’re  also very careful with our word choices. The difference between “Look how pretty you look in that dress”, versus, “isn’t that a pretty dress?’ Or “see how beautiful that hair clip makes you?’ and “What a beautiful hairclip’. Or, “Come, let’s make you beautiful and brush your hair’ versus “Come, we need to care for your hair to keep it healthy’. In the first phrase, we’re saying “Your apparel, your accessories, make you beautiful” in the second we’re saying  either “that’s beautiful apparel” or “you are already beautiful, but we need to tend what we have to keep it healthy/strong/able to service us for the rest of our lives (i.e. teeth)”.

I feel it’s really important that we keep the two messages separate, but I also feel that it is essential that we share the message of beauty with her, that she learns and knows from early on that it is more than skin deep, more than appearance, and not the most important thing.

By the commercial world’s definition, I will never be a beautiful woman, but when I look at the man who chose to have me as his wife, I must admit that I am incredibly grateful that beauty lies in the eye of the beholder, because while I may never had had the Hollywood moment where his jaw has dropped as I bowled him over, he thinks I’m beautiful, and that’s what matters to me, and that’s the message I want to share with my daughter.

*For the record, in the beginning the mean comments really bothered me, but then I realised their purpose and now I hardly notice them.Also, since writing this post I have deleted the original video (when it reached the 5 million mark, and reposted it under a new name.