We’ve been a flu infested family this week, and it’s been pretty low-key. Still going about our business, but with less energy, and a slightly weightier footprint.

We’ve never really been sick around here before. I mean, I’ve been sick, but I don’t think we’ve had colds, all three of us at the same time, ever before. And I don’t think Ameli’s ever been really sick before… nothing beyond the usual congestion that comes with teething. This week Martin got sick, then Amili, then me. It’s been a fun house. Let me tell you.

On the up side, she’s been relatively easily entertained this week with her stones she loves playing with, and plenty of reading. Small mercies, as I’ve had no energy. 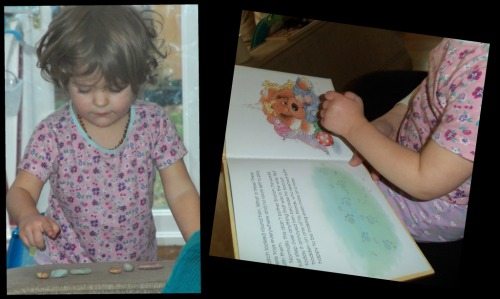 Ameli and I went to babysit for a friend of ours who lives about 50 miles away. It was my first taste of life with two children. Heaven have mercy. If you never hear from me again… two children did it. 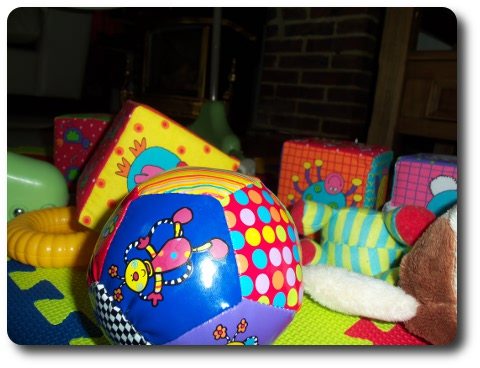 I had an early appointment this morning (9am), and this was the scene that awaited me in the car. It was -3C when I got in. It warmed up to -2.5C by the time I managed to head off, 25 minutes later. I tried water, scraping, heating. The ice wasn’t going anywhere. No wonder I felt even worse this night! 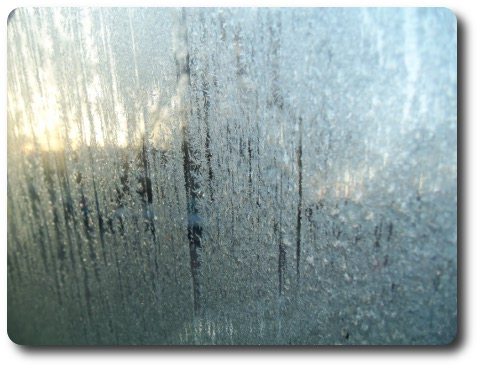 I had a pile of used tissues I was going to take a picture of. My husband kindly threw them away before I got to it. I’m still sick in bed. I don’t think the 20-something minutes I spent in the car yesterday trying to defrost the windows helped at all. *cough* *splutter*

I love that my belly is bigger than my boobs again. A different kind of balance and a nice change. 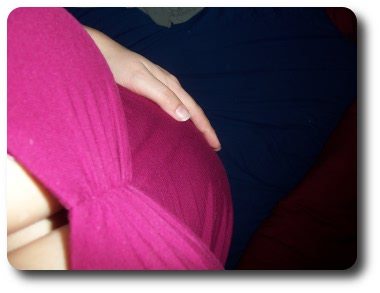 I’m still sick. I can’t believe how long it’s taking me to get over this cold. I’m trying not to leave the house, so we’re doing a lot of lounge-play. By “we” I mean Ameli. I love how she loves blocks and cars. No Disney Princesses for us (so far!). 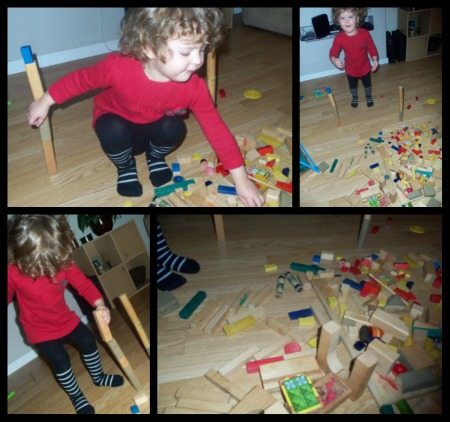 Yes, I’m having a home birth. We went to a home birth meeting together, just to help us get our heads into a birthing space, together. There wasn’t much there to take photos of, so I thought I’d take a picture of the books I was returning.

Thanks for joining us for our week in pictures!