Ha – Yes, I’m being totally cheeky and featuring myself today. Well, not myself, so much as asking you to do me a huge favour and vote for me.

We’ve been nominated in two categories in the annual MADS blog awards and I’m totally thrilled! Last year and the year before we were nominated in just one category, so this is already a step up!

To give you a bit of background: Over 3,000 parenting blogs were nominated in the various categories, and the blogs with the most nominations in each category were shortlisted – so to make it to the top handful in two categories is pretty big and I’m over the moon!

These shortlisted blogs are now put to a public vote, and the one with the most votes wins. Apparently there have been over 50,000 votes so far, which is pretty incredible, seeing as you can only vote once! 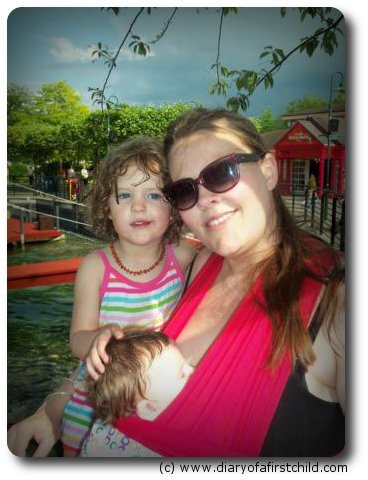 I’m pretty rubbish at this self-promotion thing, so I haven’t contacted my local radio station and news paper to get them to write about me and ask people to vote, and I’m not going to, but since you’re here, I though I’d ask you!

Win or lose, I’ll still be here, plugging away, and I’ll still have my opinions, and my photos and my competitions and my girls… but with a win, maybe I can convince hubby that I really do need that new camera I’ve been lusting over! But then, finally having a ‘winner’ badge for one of the categories wouldn’t hurt either! And we’re pretty sure this is the last time I qualify for best pregnancy blog too!

We’d also appreciate a vote for best baby blog because, well, isn’t Aviya just beautiful? No, I’m just kidding. I’ve been told that people really like the letters I write to Ameli and Aviya each month, and then there are all the new baby pictures in the weekly Mamatography posts too.

Well – I hope you’re convinced, and I do hope you’ll vote for us!

(Voting closes at 5pm on the 6th of June and you can only vote once. Winners will be announced in September)