It’s been a few weeks now, since the Britmums conference, which Hillary’s Blinds kindly sponsored me to attend.

I arrived in London on Friday, brewing a major headache and feeling positively hung over for reasons totally beyond my understanding, so I checked in to my hotel, the gorgeous Montecalm, right on the steps of the conference. I had a shower and lay on the bed for a while, before heading into the conference.

Still feeling a little fragile – I didn’t have anything to drink the night before, just felt like it! – I had a wander around the sponsors lounge, to see if there was anything I was particularly interested in, or any brands I was specifically interested in working with. One that immediately caught my eye was Parragon Books, who were starting up a ‘book club’, so you’ll be seeing more on that soon, and Butlins, but every time I went over to them to sign up for their Ambassador program, they’d run out of application forms, so I guess that wasn’t meant to be, this year. 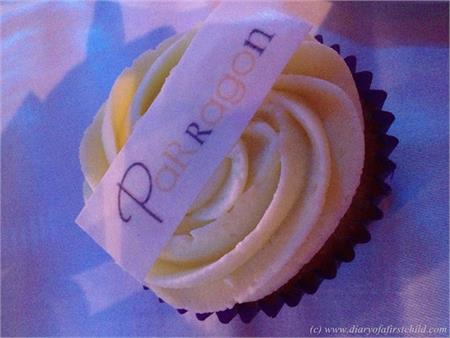 Excited to be part of the Parragon Book Buddies

While I really enjoy the Britmums conferences, and have made an effort to go every year, I rarely walk away from the sessions feeling like I’ve learned much – I’ve been blogging for more than 6 years, and journalling online for about 4 more, so I think I have a pretty good idea of what I’m doing, most of the time, but every now and then you pick up a tip, or a speaker says something that helps you refocus where you’re going or what you want from your blog, and for that it’s well worth attending.

Another thing I enjoy about Britmums is seeing some of the same faces year in and year out. I think the first conference I went to with 8 month old, just walking Ameli, had about 80 or so attendees? This year there were many, many more and each year it grows and grows. It’s pretty amazing, actually. Seeing people I’ve met on this journey is always nice and seeing others go from strength to strength is great too. It was, as always, lovely to see Uju from Babes About Town (best blog to read if you’re a mum in London), Amanda from The Family Patch (Amanda’s writing a book on Hyperemesis Gravidarum. Hats off to her!) and Chelle from Social Sparkle (who you definitely want to look up if you’re a small business owner!). I saw loads of people but spent most of my time with these three.

On Friday evening I was still struggling with feeling unwell, so I went to a local restaurant and had a lovely plate of food, on my own, without sharing food off my plate, or helping anyone else eat, or cutting anyone’s food for them or any of the other things that normally summarise dinner time. It was just me, peacefully eating, before returning to the hotel and lying in bed on my own, undisturbed. It was pretty heavenly.

The following morning I was up bright and early, and after a leisurely phone call to my babies, I returned to Britmums Live, feeling much better and more than ready for a day of engaging, networking, and being part of the UK blogging community.

My favourite session for the day was the Food Blogging session, partly because as a new food blogger – check out Keeper of the Kitchen, if you’re interested in healthier foods! – I think I have a lot to learn still and was hoping to come away with inspiration and motivation. I can say I did, and have started implementing a lot of it in the way I post there.

As always, Britmums 2013 was moving, inspirational, exciting, and fun. I go in with the expectation of those things, and have never come away disappointed. I do realise that while I’m in the UK and on the UK parent blogger charts, I don’t really socialise with UK parent bloggers much beyond events, and I’m really not sure where I should try to fit the network into my days, but one thing I know for sure is that I need to spend a bit more time with the Britmums network, because there are amazing mothers, women and bloggers in it, and our yearly get together is a great way to spend a weekend.

*Now I just need to find a sponsor for the Food conference in November. Let me know if you know anyone who’d like to sponsor me!

If you’re after a new look for your house, check out Hillary’s Carpets and Hillary’s Curtains!

How To Make Your Bedroom A More Relaxing Space
4 Tips For Preparing For A New Baby
Festival of Food: Smoothies And Mocktails
Becoming a Better Blogger