We’ve really struggled with the #BostikBloggers challenge – dragons – this month. Not least because I’ve had a chest infection that’s left me feeling like a fire-breathing dragon myself. So I have a bit of empathy with dragons right now. It’s hard work, breathing fire! 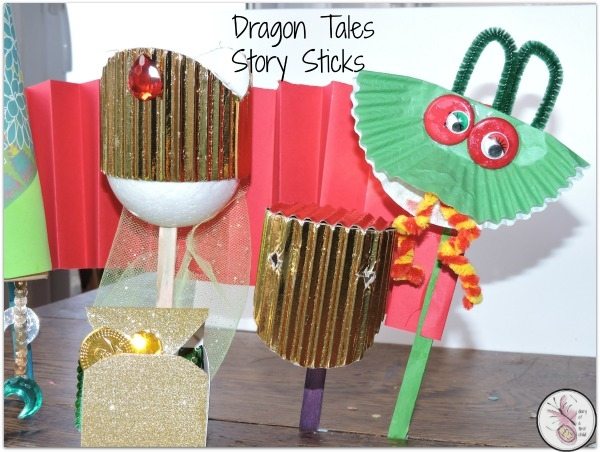 Anyway, I decided to go for our old standby on this one, and created story sticks. The good thing with story sticks is that they aren’t fully formed puppets. They leave a lot to the imagination. I like that, because kids don’t really need everything spoon fed to them. 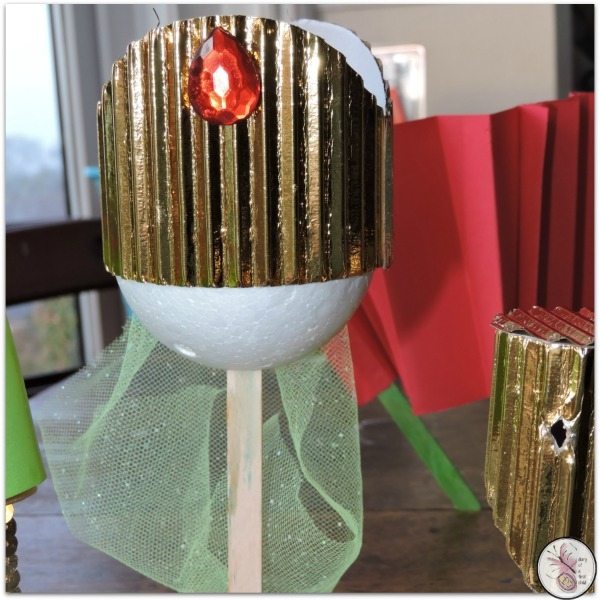 I stuck a lollipop stick into the polystyrene ball, and put a veil and crown on it. Can’t be easier. And the girls love their interchangeable green haired king, or veil wearing princess. Depending on what the story requires. 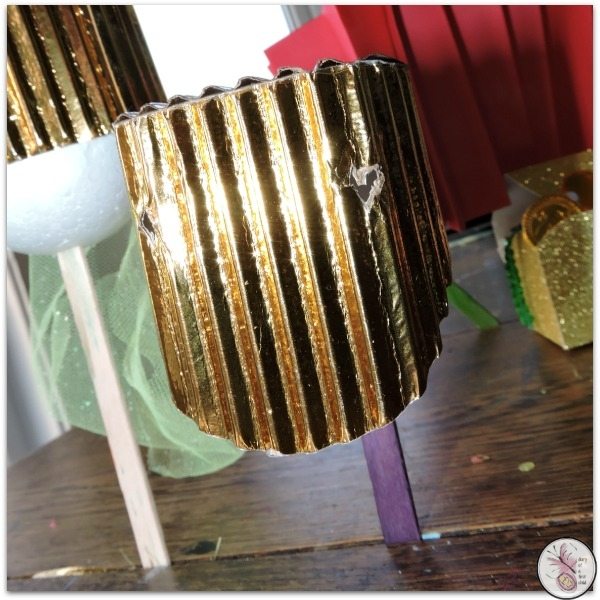 Every good princess needs a brave knight to keep her safe. This knight is always ready for battle, wearing his helmet. (Our knight has wonky eye sockets. Never mind.) 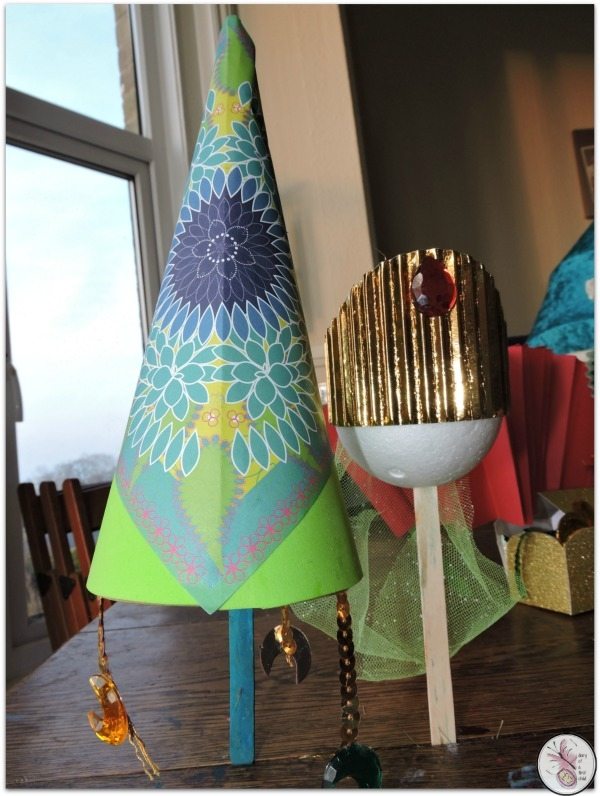 All medieval stories need a wizard. Ours wears the moon in his hair. He’s just that cool!

The Dragon Guarding His Treasure 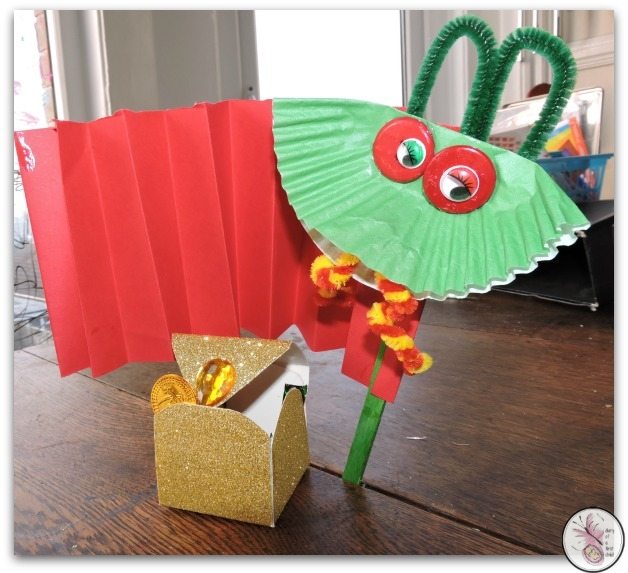 A paper golden chest filled with golden coins and jewels… guarded by a ferocious dragon. Well, not that ferocious. Actually he looks kind of cute with those droopy eyes.

The girls have enjoyed telling stories about their characters, and everyone from the princess to the knight have had a go at vanquishing the dragon. And in some versions the dragon is more like a family pet, and no one has to be vanquished.