Unless you’ve been living under a rock, you’ll know that we’re almost in June – which means Father’s Day!  It can be really tough to know what to buy for dads for Father’s Day, specially when money is tight, or dad isn’t a resident parent, but I think it’s really important for the children rather than the adults, to acknowledge important days. And by the time kids are over half a decade old, well, you’ve done the hand print crafts, you’ve done the commemorative jewellery and you’ve done the photographs so what’s there really left to do? 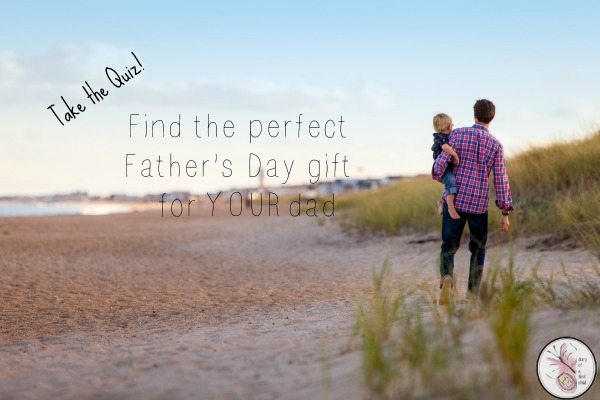 I saw this video last year where they identified 10 types of dads – Tesco have narrowed that down to six types of dads, with really apt and rather clever categories.

Take the quiz below to see which category the Father in your Father’s Day falls into, then pop on over to Tesco to find the perfect gift for your kind of dad.

Mosty A’s: You have a Foodie Dad

Does dad spend Saturday afternoon pottering about in the kitchen? Making cupcakes with the kids? Does he cook the family dinners? Love a new gadget? Does he know the difference between an Actifry and a Spiraliser? Would he rather holiday in a vineyard or on a beach? If the answers to these are yes, yes, yes, yours is a FOODIE DAD.

Mostly B’s: You have a Quirky Dad

From weird planters to random drinking games, this dad loves anything that makes him and those around him laugh. He is the guy you want at a dinner party, even though he thinks its super funny when you’re cringing at his dad jokes.  Yours is definitely the QUIRKY DAD

Mostly C’s: You have a Film & Book Dad

The latest box set, the top grossing films, an Unlimited movie card or Netflix, dad’s got them all, and he’s not afraid to use them. If you’re looking for him, you’ll find him on the softest cushions, chilling out. If this sounds like your dad, you have a FILM AND BOOKD DAD!

Mostly D’s: You have a Music Dad

If dad’s favourite thing in the world is music and the best thing he can do is go to a music concert and see a live show, then yours is a MUSIC Dad.

Mostly E’s: You have a Sporty Dad

SPORTY DAD is always on the go. He has a tracker for everything, and he has an impressive at-home gym collection. Your dad would love one of these dive watches.

Mostly F’s: You have a DIY Dad

DIY Dad likes to do it all himself, though he’ll always accept a little ‘helper’. He loves when the kids want to help him fix up the house and he feels a strong sense of ownership about and pride in everything he does.