You might know the ‘true story’ behind Winnie the Pooh and his friend Christopher Robin, but do you know the full story?
Have you visited the House at Pooh Corner, or played Pooh Sticks at the original Pooh Sticks Bridge?  Here are 8 books to help you delve deeper into the history behind one of the most loved stories ever. Life after Winnie the Pooh 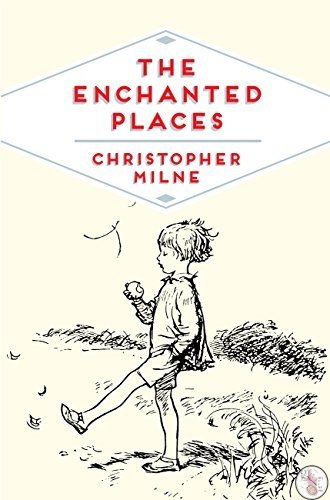 In the memoir The Enchanted Places Christopher Robin Milne answers all those questions people have written to ask over the years. It’s not all glossy memories, sadly, and is a very real look into the world of the boy Christopher Robin. In The Enchanted Places, Milne writes the first 22 chapters are for those readers who “want to know something about the real little boy who played with Pooh in the Forest. And finally they would want to know something about the man who turned all these things into stories and verses.  The second half of the book discusses ‘the adult through whose eyes I am seeing him”1.  The second half of this book is “the story of the effect on someone’s life of an unusual event that occurred when he was a child”.

The interesting thing about this book is how often the lilting rhythm and language usage reminded me of the Winnie the Pooh stories.

The sequel to The Enchanted Places, The Path Through the Trees,  tells the story of “The need to outgrow one’s childhood influences and establish an individual identity is common to us all, but for Christopher Milne it was an especially difficult experience in view of the unique problems he faced as the son of A. A. Milne. In this warm, honest, and often amusing autobiography, he traces the path which, after several wrong turnings, ultimately led him and his wife, Lesley, to establish the successful Harbour Bookshop in Dartmouth – a path which led not to spectacular achievements, but to modest success and contentment.

Wise, humble, and philosophical, The Path Through the Trees is Christopher Milne’s search as a young man for his own place in life, told with the same sincerity and vividness that distinguished his first book, The Enchanted Places.” 2

Where Winnie the Pooh Came From 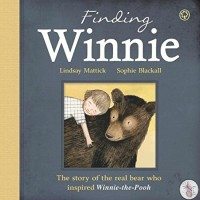 In The Enchanted Places, Milne explains the origins of Winnie the Pooh’s name – he was named after a bear smuggled from Canada to London during World War 1. Finding Winnie is the story of the real bear who inspired Winnie the Pooh.  While the previous two books are more adult reading material, Finding Winnie is a beautiful book for children and adults alike.

How to Feed A Bear Of Very Little Brain 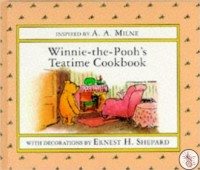 You can’t really have an authentic Pooh experience without an authentic Pooh cookbook. It’s a good thing then that there are two – Winnie the Pooh’s Picnic Cookbook  and Winnie the Pooh’s Teatime Cookbook. The latter is readily available in the UK for a low price, but at the time or writing, the former seems to be more available in the USA and a bit more expensive if you’re buying from the UK.  According to reviews though, the Picnic Cookbook has more original images and is a must have for fans. There are others too similar to this one which is a lot like our now out of print version.

Learn with Winnie the Pooh

We own the 1998 version of A World of Winnie-the-Pooh with original stories and poetry from AA Milne and EH Shepard’s artwork. (This book is available second hand from Amazon sellers for under £3). While the poetry may have been responsible for teasing and bullying that poor Christopher Milne received, they are wonderful for children and a great length for remembering too

Download the Winnie the Pooh activity book I’ve created for the children celebrating Winnie the Pooh’s birthday this month! The book contains activities, including puzzles, baking, a walk through the real 100 Acre Woods and much more! (Please note this book isn’t affiliated with Disney or Milne or anyone and has just been compiled for personal use).