It was Aviya’s birthday last week, and we accumulated quite a number of dolls as a result. Of all of them, I have a favourite: The Wissper & Peggy Starter Doll Set.

Based on the Milkshake TV show, Wissper is a 7-year old girl with the ability to talk to animals. The animals always go to Wissper for help, and by the simple expedient of saying “Sssshhhh…” she can magically transport herself to anywhere there is an animal in danger.

Along with Peggy the penguin, the Wissper and Peggy starter set comes with the panpipe she uses to enter a new world and the binoculars used to find the cheeky monkeys in the forest. 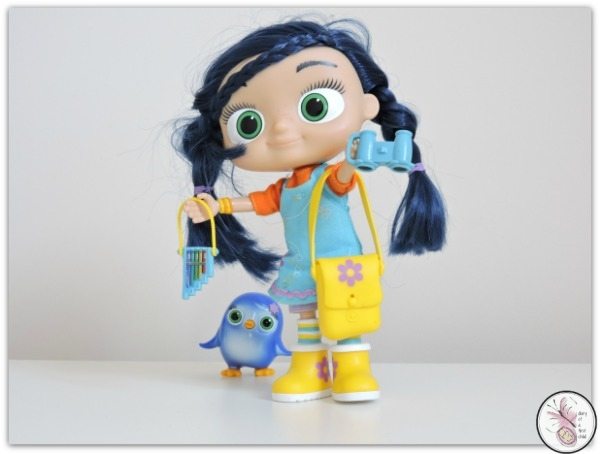 My kids don’t watch the show (we don’t get TV-licenced shows) so to them, they’re just panpipes and binoculars, with which they do everything from lead the animals through a march through the woods to spotting secret agents trying to break into the zoo.

This pack comes with a 23cm articulated doll figure, Peggy the Penguin, the panpipe accessory, a bag accessory, a mirror, a hair brush accessory and a pair of binoculars.

As I said above, I love this doll! She’s so cute!

Aside from the weirdly oversized head that seems so popular with dolls these days, she has gorgeous puppy dog eyes and the cutest little freckled face. She reminds me so much of Aviya, actually, without the purple hair. 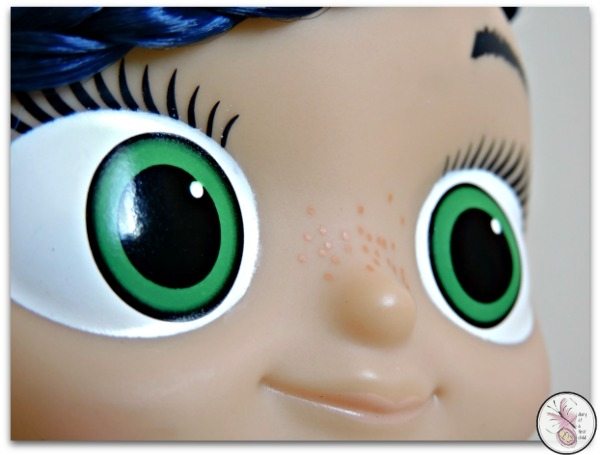 Speaking of the hair, it is soft, brushable hair that’s great for playing with, though the brush that comes with the set isn’t really usable. It can be held in her hand, but it can’t actually brush as the bristles aren’t individually spaced. The same goes for the mirror which is just stuck on foil and the pan pipes, so they aren’t really overly durable. The bits that aren’t stuck on, though, should stand the test of time. 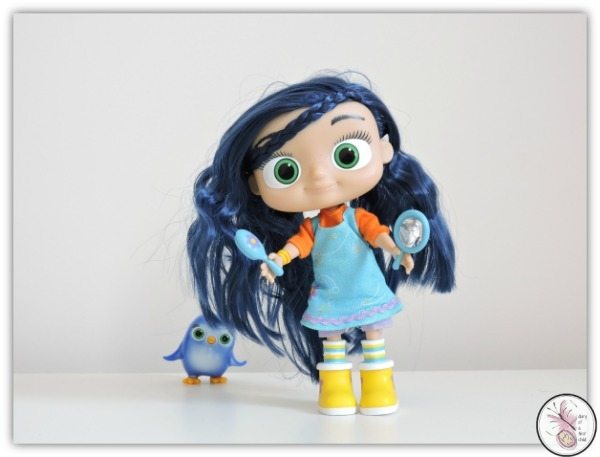 The only remarkably odd thing about Wissper is that when you take her shoes off she has no feet, but stumps. I thought that a bit strange at first, but actually, a side effect of that is that two weeks later Wissper still has her shoes, which is a unique state of affairs for dolls in this house. 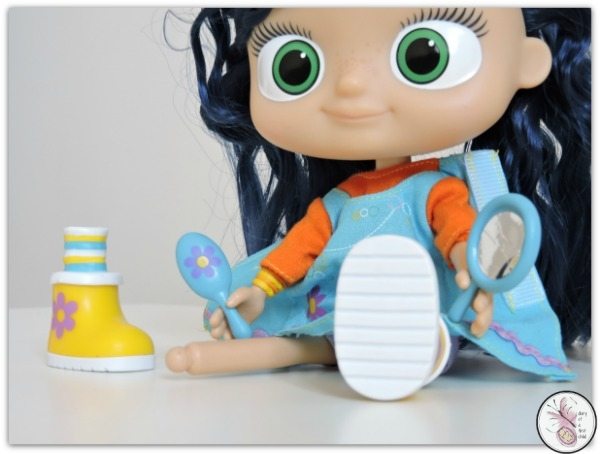 Wissper is a super cute doll, with really sweet freckles, and the ability to hold on to her accessories, which makes her more interactive. She also has lovely, good quality, removable clothes.

There’s also a website where you can learn more about the characters and play online games.