“People fear what they don’t understand and hate what they can’t conquer.”
― Andrew Smith

It only takes a few minutes of exposure to TV, the radio or social media to feel like the world is in a bit of a mess at the moment, and if it leaves us as adults feeling vulnerable and frightened more often than not, imagine how it must feel to children who make their decisions based on the snippets of information they glean when we think they’re not looking. As my girls have been growing older I’ve realised that they pick up a lot more than we think they do and making sense of a pretty confusing world when you only have access to limited information must be very overwhelming.  Here are five things I’ve been talking to my little ones about, trying to give them a slightly bigger picture of the world without scarring them for life. 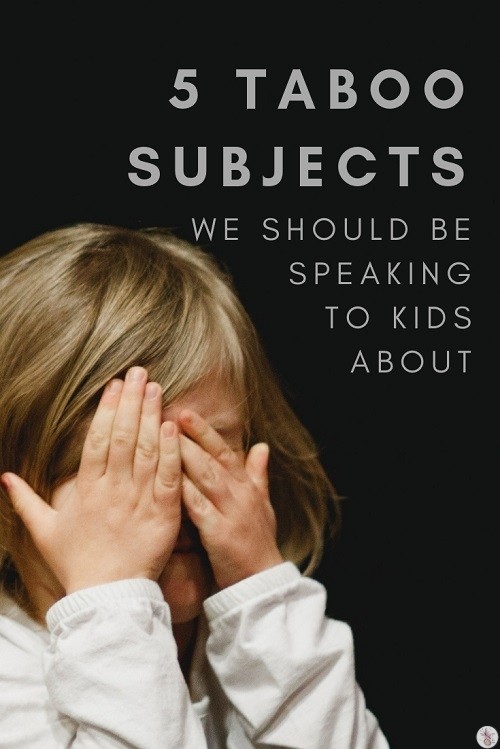 Back in 2013 Cbeebies presenter Cerrie Burnell was heavily criticised by parents across the country for appearing on the children’s station without a prosthetic limb. She was born without part of her right arm and parents feared that it would ‘frighten’ their children.  Four years later in 2017 she was still struggling with online trolls who wanted her to ‘hide’ her deformity, but she rightly said in a Loose Women interview, “Some children are scared of my arm – it’s a weird arm, lets just say it how it is – some children are scared of the dark, spiders. It’s the parents’ role to reassure the child.”1

We live in a time where there is a push for equal opportunities and getting our kids on board with the fact that people are people, no matter how they differ from us is giving them a great start in their lives.

For most of us death is so incredibly far removed from our normal lives that it has become a taboo subject to discuss with children and is something we whisper about rather than say the dreaded words. We leave end of life care to professionals, a nurse, ambulance crew, an undertaker comes along and removes our loved one and the next thing we see is them in a box. We don’t even like to talk about it, and most of us don’t even know what to do when someone dies.

Death is, however, part of life, and children should understand this if they’re to appreciate it as adults.

Satish Modi, author of In Love With Death says, “We must learn to feel that our time on this planet is limited and come to terms with it. If we do, we will lead happy and more meaningful lives, not trapped by the problems in this world.” 2

We all know how hard it is to speak to children about sexuality. The news is full of stories about children groomed by older men, about schools getting into trouble for teaching sexuality in a way that parents aren’t comfortable with, and about teen sexuality.  With the media, movies, games, social media and the world as a whole more open about sexuality, isn’t it time that we speak to our children openly from their first questions? By making sure they know it’s something we can have open, honest conversation about we’re also equipping them with real  information, real experience and can make sure they make informed, safe decisions.

War and images of war are everywhere. Recently my 9-year-old saw a picture someone had shared on their Instagram feed and it disturbed her terribly. She couldn’t understand why someone had bombed a street that had children playing in it and the image of an older child carrying his sibling away threw her 9-year-old world into confusion. (I suppose she shouldn’t really have been on Instagram anyway, but her feed is normally all kawaii and hama beads, which makes this a perfect case in point.)  Speaking to our children about war and explaining it to them as best we can is a kindness to them. They may see horrible things we can’t explain away, but it can help allay fears if they know that even though it’s an image on the phone in her bedroom, it’s not something happening on the street outside. It also teaches them to be aware of things that are going on in the world, but within the framework of them still being relatively safe in their own beds.

Religion is a hot topic because it’s one we barely talk about unless we’re discussing stereotypes. Teaching children to be tolerant of other religions means teaching them that we respect other people’s beliefs, even if we don’t like the beliefs themselves. We respect their right to their beliefs.  If children only see in stereotypes they cannot live tolerantly with their neighbours and sadly, children who only see in stereotypes will be adults who do the same.

The more we understand about other people, the more we are exposed to and the more we are open to, the fuller our lives can be! What a gift to give a child – an open mind with which to experience everything life has to offer.

Are there other taboo subjects that you feel should be taken off the shelf and brought into the light?

How Life Experience Can Count For Leadership Quality
Understanding the Different Types of Diabetes
Trains And Trainsets – What To Choose?
Friday Features: ‘A Little Bit Of All Of It’ And ‘Smiling Like Sunshine’