Although cultures around the world have varying traditions marking a child’s lost tooth, the tooth fairy legend isn’t as old as you might think. Inspired by European folklore and a mashup of Asian and Central American traditions, the modern tooth fairy is a bit of a cultural phenomenon.

But how did the tooth fairy get her wings? From the classic penny under your pillow in exchange for your lost tooth to being the pinnacle of romanticised childhood memories, the tooth fairy myth has a lot to answer for. 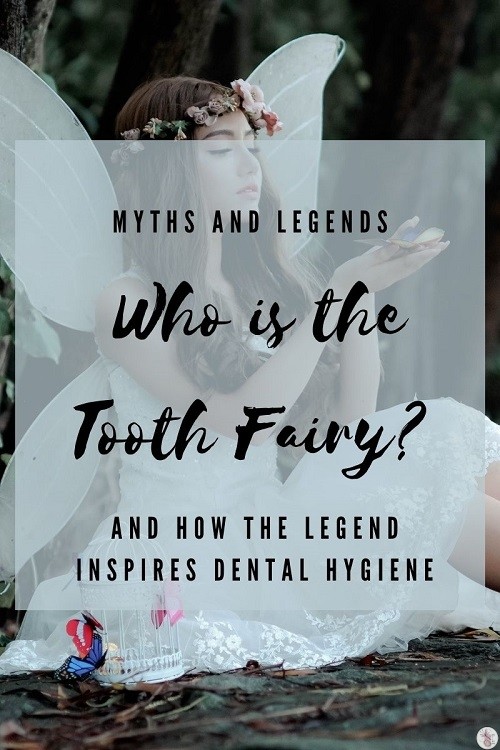 With a range of myths and legends surrounding the tooth fairy, let’s take a closer look at her origin story:

The origin of the tooth fairy is a mysterious affair. Most literary experts cite “The Tooth Fairy: Three-act Playlet for Children” as the earliest written reference from 1927. However, the character didn’t achieve stardom status until the mid-20th Century. Perhaps popularised by the wealth of Disney fairies inspiring young minds, as well as a renewed romanticised view of childhood, the tooth fairy well and truly found her wings.

But more interestingly, it was a reference in the Chicago Tribune that tipped the scales. First published in 1908, the idea of the tooth fairy was to encourage children to have their loose baby teeth pulled. As a reward, the tooth fairy would leave them a small gift of 5 cents under their pillow in exchange for their lost teeth.

Now one of the greatest tools parents have to encourage their kids to brush their teeth, the tooth fairy myth has become a quintessential part of growing up.

Unlike other seasonal legends like the Easter Bunny and good old Saint Nick, the Tooth Fairy has a much more complicated origin story. Thirty years ago, folklorists Tad Tuleja and Rosemary Wells uncovered a range of stories that sound all too familiar:

But even with a fascinating backstory, the tooth fairy’s true legendary status was born post-WWII. She has since become a staple of western folklore and typifies dental perfection!

There are many reasons why parents the world over love the tooth fairy. But perhaps the biggest reason that she is such a hero is that the tooth fairy won’t take spoiled, decayed teeth. She seeks perfection and will only leave her silver for the best teeth around!

So what can you do at home to ensure healthy teeth and mouths for your children? Well, lets take a look:

Newborns can start their oral hygiene journey from their early days onwards. You can brush away any leftover milk sugars and food debris with a gentle, damp clean cloth or a specially formulated dental wipe.

Like grownups, any bacteria surrounding gums and teeth beds can lead to tooth decay and cavities. So it’s worth getting your babe off to the best start early on.

It’s also worth remembering that each of your baby’s teeth work as placeholders for their grownup, permanent teeth to grow into later. Although you can add a smear of toothpaste (check information on packaging to ensure the toothpaste is age-appropriate) to your little one’s toothbrush at this stage, it’s more about the process and getting used to what brushing teeth is like. So don’t overthink it!

At this stage, your child should be brushing their teeth (with supervision) two times a day for two minutes. Your little one should have no more than a smear of toothpaste at this stage. It’s important to choose a dental clinic like Jagare Ridge Dental for your child’s annual check-up.

Make sure your tot doesn’t lick or eat the toothpaste from the tube! It’s not only a terrible habit, but it could cause stomach upset or worse! So keep your eyes peeled.

At this stage, you’ve probably firmed up your child’s toothbrushing routine.

By now, your child is probably smashing their toothbrushing routine, although it is still a good idea to watch over them to make sure they are brushing for at least two minutes each time.

The perks of having the tooth fairy on your side is that your child knows what is at stake if they don’t take care of their teeth properly. But to give them all the support they need on their oral hygiene journey, you may want to consider:

The tooth fairy has not only has pop-culture status, but she is an iconic oral hygiene hero. With this mythical legend supporting your child’s toothbrushing journey, they will be unstoppable!