Finishing up our week at Dhikololo and heading in to a peaceful week at home. Our days are so varied, but sometimes all on the same theme. My sister arrived this week and is now sharing the house we lived in years ago again. Ameli adores having her aunty around.

Martin, Ameli and my parents and I went for a dawn walk through the game reserve. It was phenomenal being face to face with the animals with no fences, rails, or cages between us. Quite awesome. Ameli loved being ‘worn’ on Oupa’s back too.Â  Last picture is my mum (or mom as we say in South Africa) being all introspective whilst looking at the zebras.

Escaping the people, Ameli and I went for a walk in the bushes. We came across a watering hole where about eight different species of wild animals were peacefully going about their business. It was incredible, sitting on the ground under a thorn tree watching my baby pick up sticks and droppings and chase insects around, then lying quietly breastfeeding in my arms as we just watched the animals. A really magical experience. 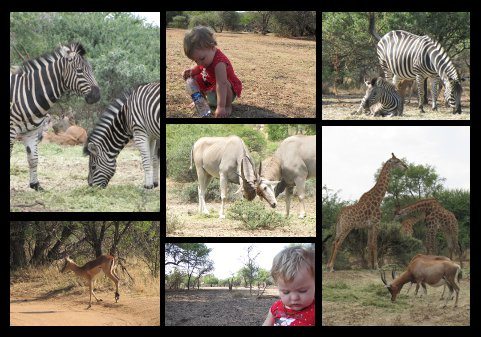 My dad has been a staunch Western Province supporter as long as I can remember. We joined him for an all important Sharks vs Province game, and sadly, although they were the favourites, Province lost quite spectacularly. My dad drowned his sorrows in trying to convert Ameli to the game (by drowning her in his Province scarf!).

Not content with her WP scarf, we had Ameli dressed up in the South African team jersey the following day – well, we might as well start the indoctrination early! 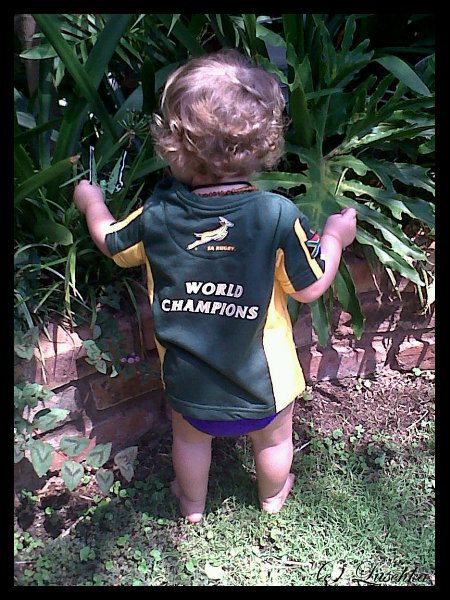 
The end of the world is nigh! Or something, because there was this very distinctive ring around the sun today. Half the country went outside to look at it. Rather bizarre. Apparently sun halos are the result of ice crystals trapped in cirrus clouds, in the lowest layer of earth’s atmosphere. Well, now you know. 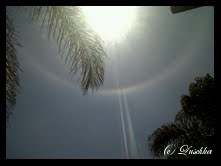 My friend Tristan gave Ameli a fabulous Viking Bear for her birthday. Here she picked it up and walked around cuddling it, which was really cute as it’s not really something she does often. 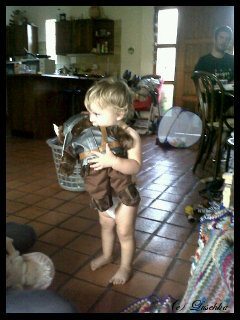 Nothing like a little blow up pool for a little girl on a hot day. Those beautiful little eyes melt me. 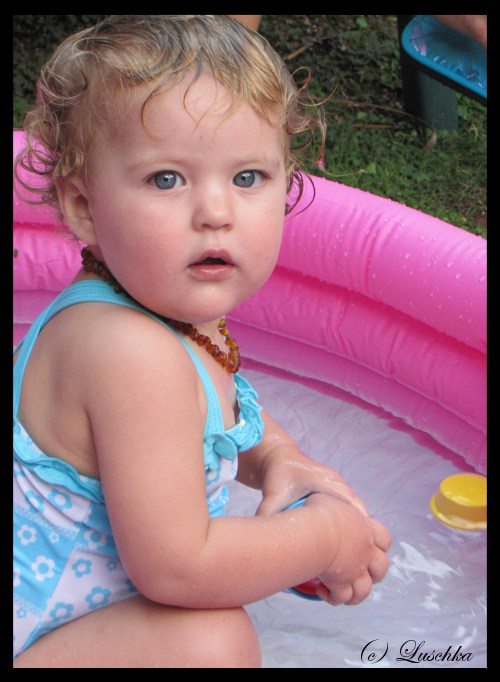