Now, don’t get me wrong. I’m not recommending that you allow little Johnny to run around with a pair of scissors on wet floors surrounded by glass shelves and coverless plug sockets, but I do think that there is such a thing as too much protection.

So lets get the basics out of the way:

and this is where I think the danger in over baby proofing comes in. 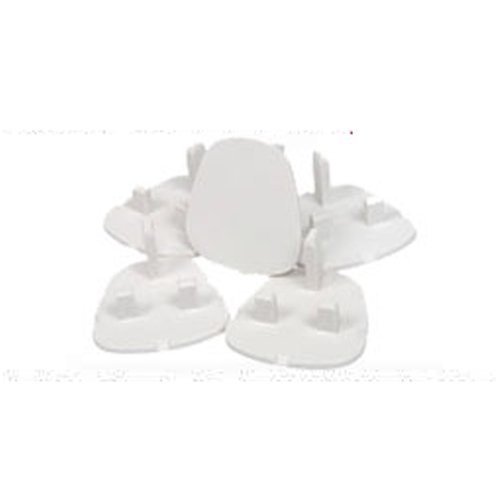 By covering every plug socket in the house, your child goes to a new environment which doesn’t have plug sockets and suddenly they look different and new to the ones in your home â€“ which makes them interesting. Rather than your child having been exposed to plug sockets and learnt not to touch them, in a less protective environment, they’re in greater danger.

The same goes for exploration and discovery. How often have you visited friends without children and had them comment on how â€œnon-baby friendlyâ€ there home is?

We had a stairgate at the top of our stairs, and Ameli would lean against it, shake it and try to get to the stairs. Of course, I wouldn’t let her. Now she loves and is rather obsessed with stairs! She’ll pick two and climb up and down them for ages. I’d like to think that’s because when we moved into a house with two steps, we took the time to teach her how to climb them, and went through the repitition of doing it with her often enough till she was comfortable with it.

Obviously common sense should prevail, but allowing a child a little freedom to explore, in a safe environment, i.e. home, prepares them for other environments.

At least, that’s what I think. We’ve been pretty permissive, and it’s worked well for us.

How about you? Did you babyproof? Were you more permissive? What babyproofing do you consider essential?

The Downside of Stranger Danger
Where Is The Danger Coming From?
Meducation for Mums Talks Nurofen
If Pretending Made It So: We Need Education Not Denial