I have two sets of goodies for today’s competition, both sponsoredÂ  by our lovely friends over at Husha Byebaby â€“ do remember to check them out for their monthly special offers which give you good products at good value.

The first thing I want to tell you about today is the Kids Only! range of shampoo and conditioner from Jason.

Jason is an organic range that is not all natural, but has many natural ingredients and many less bad ingredients than most of the regular stuff on the shelves. If you have a child that doesn’t have a terrible allergies, or has a â€˜normal’ skin, but you still wantÂ  to use something organic for them, Jason products are a lot cheaper than others, and they are definitely better than most off the shelf brands.

For me, when it comes to Ameli, I steer clear of anything that contains any of the Lauryl or Laureth Sulfate family tree ingredients â€“ that’s the stuff that foams). Jason Shampoo doesn’t contain either of these, but does contain Sodium Lauryl Sulfoacetate, which is believed to be more skin friendly than it’s similarly named relatives. (Apparently it consistsÂ  of larger molicules, which means it doesn’t penetrate theÂ  skin.)

The shampoo is enriched with Chamomile, which is soothing and Marigold, which is restorative and healing, as well as whole wheat proteins.Â  It is incredibly sweet smelling, like nothing I can compare it to, other than a blue bubblegum soft drink we used to get as children! Once washed and dried, however, it’s still sweet, but nowhere nearÂ  as overpowering. (P.S. I must mention that during pregnancy I suffer from an acute sense of smell, so it could just be me that thinks it’s very sweet.)

The pH balance of Jason products is the same as that of tea-9rs, so it shouldn’t sting little eyes, which is a bonus as getting shampoo and condition into Ameli’s hair is a whole lotÂ  easier than getting it out again!! 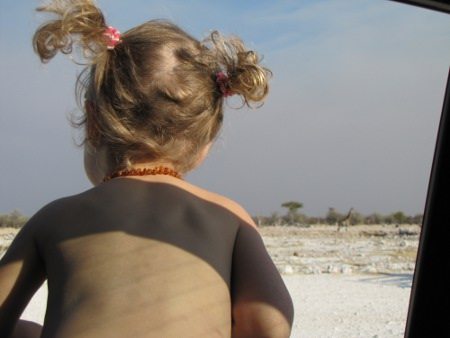 The conditioner smells, if it’s possible, even sweeter than the shampoo, but it also has something in it that promotes detangling, which is fantastic as my little girl has a head full of curls!

After use my daughter’s hair is springy and light and it looks lovely.

Jason Products are available from Husha Byebaby for Â£6.69 and Â£6.99 respectively.

The next product is a new sunscreen and after sun lotion by Lavera.

The sun cream we tried out is the Lavera Kids Sun Spray, a factor 20 spray on cream that provides medium level sunÂ  protection â€“ so good for every day use â€“ but also water resistant, so good for swimming or the beach.Â  Lavera KidsÂ  Sun Spray isÂ  100% mineral based.

Lavera products are 100% free from synthetic preservatives, perfumes, colourants and mineral oil products. They do use 100% pure vegetable oils, and active plant agents and essences.Â  While the suncream is intended for use with sensitive skins, it is not completely free from chemicals, and those with extreme skin conditions may still have problems with it, but most children will have no problems with it (even my sensitive skinned child doesn’t.)

The Lavera Kids Sun-Spray is very thick, and it does require a little bit of rubbing, but it provides a good layer of coverage, which is really valuableÂ  – especially in the harsh African sun we’ve been in for the last three weeks.

Although it is not a fragranced product, the suncream has a fantastic smell. I can’t quite place it, but it is lovely and fresh, and just makes me think of the beach â€“ but not in the coconut way of most suncreams, (which I really don’t like.)

The final product we’ve been testing, which is by far my favourite, is the Lavera After Sun Lotion.

While prevention is definitely better than cure when it comes to sun protection, sometimes you do tend to overdo it a little, or despite prevention, you still feel a bit tight and sore from all the excess sun (have I mentioned, we’re in the desert, folks). The Lavera After Sun Lotion is a godsend. It is billed as â€˜moisturing and cooling after sun pampering’ and it is just that.

A soft, smooth, yellowish cream, that applies easily, absorbs quickly andÂ  smells absolutely amazing. It really does cool and moisture the skin and leaves you feeling a little less sun exposed and a little more sun kissed.Â  It contains Sea Buckthorn and Aloe Vera to moisturise and soothe and Shea Butter and Jojoba Oil for nourishing. There’s also Rose Lavender and Green Tea essences for the cooling feeling.

The after sun is so lovely, I’ve been using it as a general moisturiser at times, and it leaves my skin feeling silky soft and fresh. 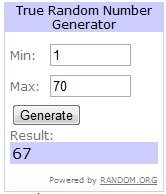 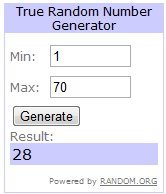 Well, there are two competitions today.Â  The first is for the Jason Products, the second for a Lavera Sun Cream.Â  To stand a chance to win, head over to Husha Byebaby, find out what OTHER brands they stock, then come back here and share one brand in a comment. IN THE SAME COMMENT, let me know which products you’re entering to win.Â  If you’d like to enter both, you’re welcome to, but in two separate comments, and listing two different OTHER brands.

The competition ends on 12 September at 23:59 and the winners will be randomly selectedÂ  using Random.org.

And the winners are:Â Joanna Sawka and Ellen

Husha Byebaby have regular discounts and special offers on theirÂ  Facebook page, so do head over there and sign up. They won’t bombard you with stuff, but you can make some great savings.Â  If you do, please let them know I sent you! You can also follow Diary of a First Child on Facebook to keep up to date with future competitions and other news. If you follow us on Facebook, leave a comment below so that I knowÂ  you have!