Well, there hasn’t been much mistletoe or wine, truth be told, but there has been plenty fun and game. I find it rather hard to get my head around the fact that it’s the last week of 2011.  Where exactly has this year gone?! Well, it’s the second last Pic of the Week, since I run these a week behind and all and it’s been a great week. 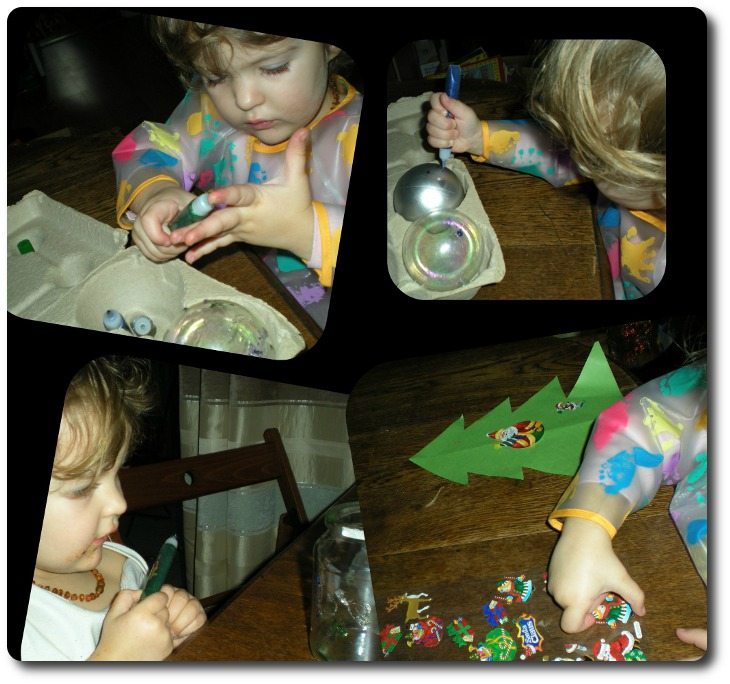 We also made biscuits:

The most precious part of this last series of pictures, to me, is that a few days later I was busy cooking breakfast and had shut the kitchen door. Ameli wanted to come in and started knocking on the door. I opened it and she stood there, looking up at me and said, “Mama, I want to come in. I want to learn.”

Thank you for joining us for our pic of the week!
(If you’d like to do something similar next year, sign up for the Mamatography 2012 challenge!)