Last weekend my husband and I took the kids to Nozstock festival again, as we absolutely loved Nozstock 2012.

While we  had a few annoying things happen over the course of the weekend – there was terrible traffic and the usually 2 – 3 hour journey took us almost five hours, we took the wrong gas cannisters and weren’t able to cook any of the food we brought along, and Aviya developed a chesty cough and had trouble breathing very late on Saturday night – we still had a really good time, and the festival itself was fantastic.

Once again we spent very little time in the adult part of Nozstock, and as we had the year before, after a short walk around to see the decor and layout of the festival grounds, we made our way to the Enchanted Glade, where we pretty much spent the majority of the rest of the festival. 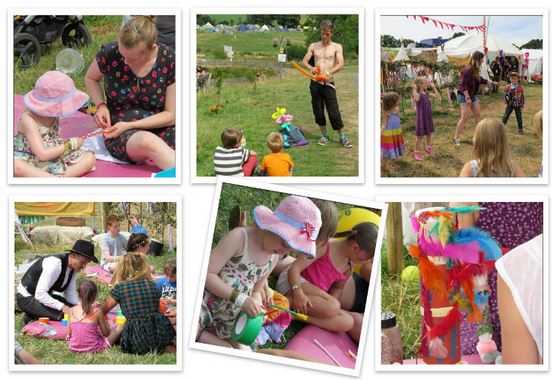 Something Nozstock does really well is setting the scene. Everywhere you go there’s decor set to the theme, which this year was Wild West.  There were teepees, dream catchers, totem poles and people in costume everywhere, which is so great for getting everyone into the spirit. 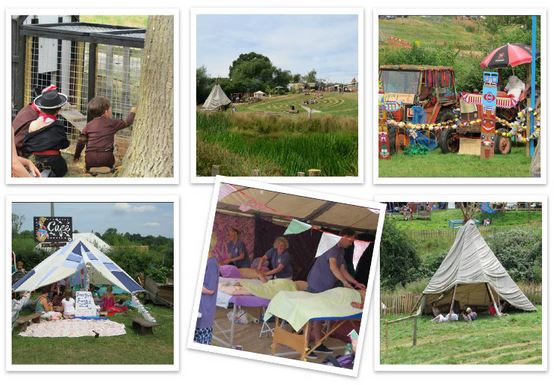 The activities for the weekend matched the theme too, with the craft tent hosting ‘make your own totem pole’, and  ‘make a dream catcher’, ‘make a hobby horse’, ‘felt dreads’, ‘paper flower making’ and the kids ‘drama school’ having them all act out and play games as sheriffs and gun slingers. Games included ‘water pistol duelling’, ‘Native American dance off’, ‘Cowboy Dance off’, a fabulous story time that my girls took plenty advantage of, and so much more that we didn’t even get to take part in as we ran out of time! There was even kids theatre, which was a great escape from the sun for a while. 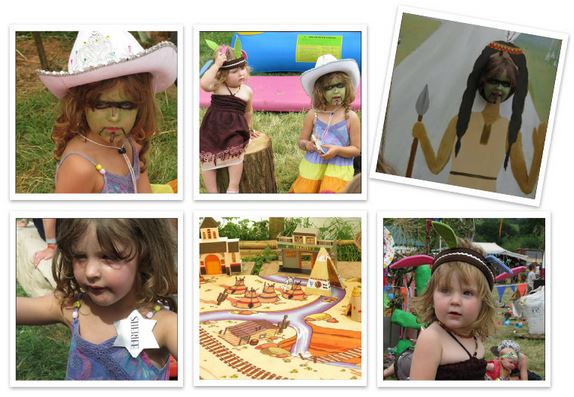 Following feedback from last year, Noz, Ella and the festival team did a lot of work this year to improve family camping, specifically, and all the parents I spoke to about this during the day said how much they loved the efforts gone to for families. There was a horse and cart that carried people’s gear to their tents for them, and there was some kind of sound proofing built up too, which meant that the noise levels were much lower this year. A mum I spoke to said that both her children had slept as they do at home, with no lack of sleep from the noise. 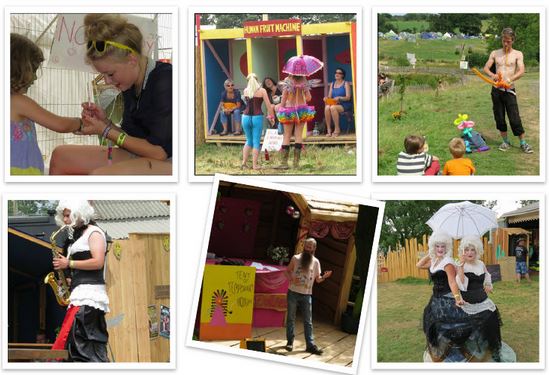 Another mum, Sarah, mentioned that she liked the family camping area as they had had no disturbances from drunken revellers crashing around the tents through the night, which she had previously been worried about (I can’t guarantee it doesn’t happen, but it didn’t to them, which is great!)

She also loved that there was entertainment in the family area so the children were kept busy while she and her partner set up tents. “A bit of genius,” she called it, and I’d have to agree. Sarah also said it, “really made us feel like they were catering for us, as families, rather than just ‘allowing’ kids on site.”

There were ample toilets in the family camping site too, so they didn’t have to trek up the hill in the rain to take kids to the toilet in the middle of the night. 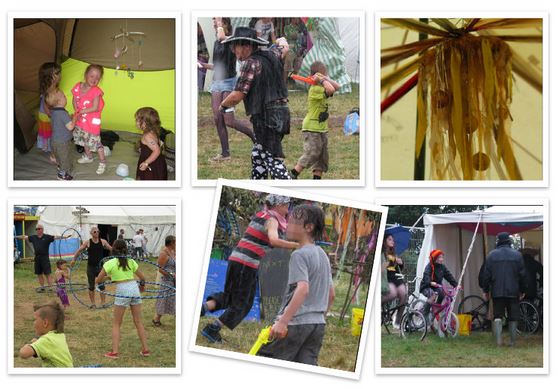 We ended up in the staff camping area, which suited us fine as we had loads of stuff with us and were happy to be by the car. It was also a godsend on Saturday night when we decided to go home at 1am, because of Aviya’s sudden onset breathing issues, (probably due to dancing in the rain for much of the afternoon!), as we were able to leave without affecting anyone around us.

We were very grateful to the team for their help, actually. We had packed up and were trying to leave, but there had been so much rain we had no traction on the wheels of our car and couldn’t get up the hill. They sent a landrover to tow us out just before 1am, but it got stuck too, so they got the tractor driver out of bed to tow us up the hill! Good times. (Not at the time, but a memorable experience in retrospect. Aviya was thrilled by the tractor. Ameli slept through it all!) 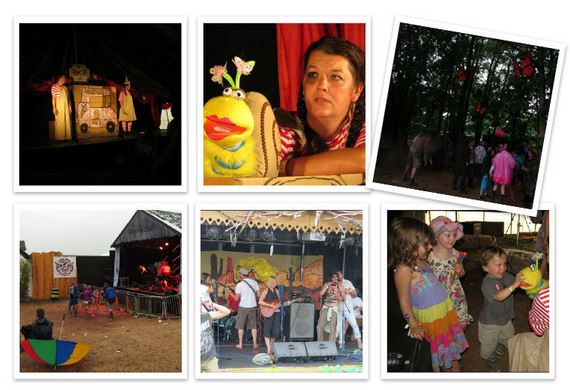 On Saturday evening my husband stayed with the girls while Yuri from Urbanvox and I had a wander around the site. I had my first visit to the Coppice and enjoyed a bit of a dance there, before we partook of a Brandy Hot Chocolate and meandered around, watching everything. I really enjoyed my two or so hours of adult Nozstock.

While we focused all our attention on the activities in the kids area, there was also no end of stuff to do for older kids, or adults, including watching blacksmiths at work, willow sculpting, copper work, chalk sculpting, chainsaw carving, life drawing, yoga, and even a very popular massage tent! 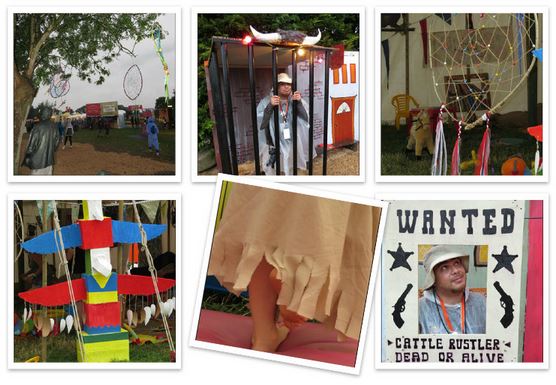 There’s always such a variety of people and music at this festival, with dancey tunes in the Coppice, to gentle chillaxing sets at the Bandstand, all night dancing to a children’s library, there’s just so much to see and do.

All in all, Nozstock was a great experience, and we enjoyed it.

It suffers from the same problems as any other festival, with people enjoying themselves in a way that I was more conscious of this year because Ameli specifically if capable of understanding more than she was last year, so she questions half naked or clearly intoxicated people. Also, the people camped next to us had their tent rifled through, and while there was nothing in it worth stealing, (they’d left it all in their car) it would have impacted on their experience if they had!

I don’t honestly know that there’s much that can be done about that, to be honest. There was loads of security on site, and it still happens. Just don’t take anything you couldn’t bare to lose. 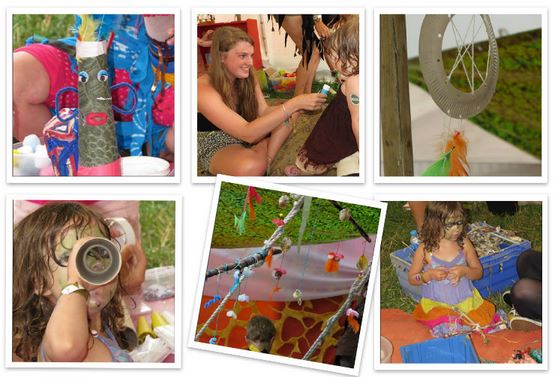 The only improvement I’d suggest is better communication between the parking and camping staff. It took us 90 minutes from arriving to actually finding out where to camp our stuff. Maybe that had to do with us not just going in and following instructions, but as happened last year, people weren’t all sure where everything was: we had to show one of the parking staff the map to family camping, he didn’t know where it was, or where we had to park for it! In fairness, however, it wouldn’t have been a problem if it hadn’t taken us five hours to do the two and a bit hour drive, and my nerves were already frazzled! That wasn’t their fault though, and while they didn’t always know what was going on, they were incredibly friendly, which my husband accredited to ‘not being in London’. 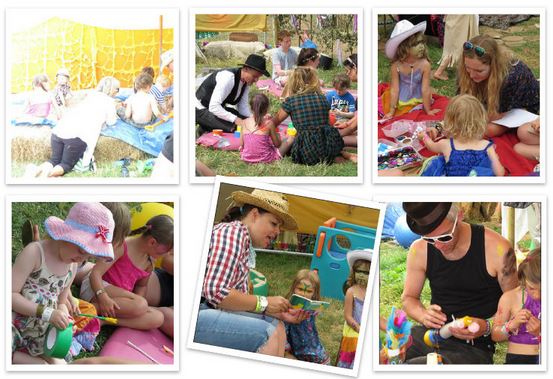 I think there were way more children and families this year than last, I’m pretty certain, and from a family point of view, I’d say that if Nozstock keeps up their efforts at making this festival as family friendly as they currently are, it will keep growing.
I know we’d certainly go again.
Categories: Around England Festivals Tots Travel