A few years ago I wrote a post about inherited self image, and how as a mother I am able to impact the way my children see themselves in the future. As happens, the children are a few years older now, and over recent weeks, things that fall under the umbrella of ‘body positivity’ have started coming up again.

I know that over the years, my thoughts on a few parenting ideals have changed, softened or simply been outgrown, so I wanted to revisit body positivity to not only see how I have been doing, compared to my earlier ideals, but also whether there are changes I need to make, or situations I need to prepare for as my girls enter their early inbetween years.

Below are some of the ways we can encourage positive body and self-image. 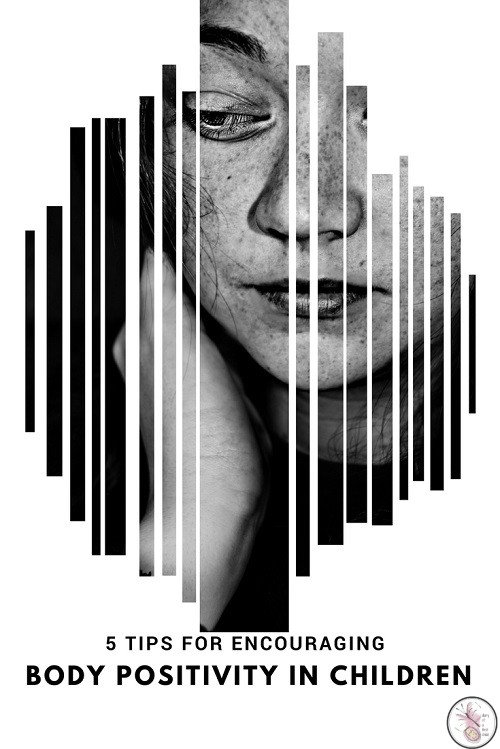 In my earlier post, I wrote about how I wouldn’t allow my daughter to learn self-loathing from me, either by how I respond to my image in a mirror, or a photograph, or by the things I say about myself, or allow others to get away with saying to me.  That’s a very brief sentence that required a lot of changes from me.

The immediate dismissal of a photograph as bad, slumping in front of a mirror, ‘urgh’, ‘I look terrible’… these are all messages that our children pick up about us and will, in time, transfer to themselves.

2. Model a healthy relationship with food

I very particularly chose the words I did for that title. At first I was going to say ‘model healthy eating’ but I find the words quite lacking. I can eat a thousand delicious green leafy salads, and my 6 year old Aviya won’t have one leaf. I don’t believe that forcing her to eat a green salad before she can have something I know she will enjoy, is encouraging a healthy relationship with food. Yes, she still has her greens in smoothies or liquidised in pasta sauce or hidden in an ‘ice cream’, but she doesn’t know it because right now, I feel that force-feeding her ‘healthy foods’ is more likely to create negative connotations with salad as a chore, rather than a food-choice I fully expect she will grow into, since she is actually consuming it anyway, just not consciously.

Rather, by enjoying a green salad with some balsamic vinegar, I am modeling positive eating behaviours, which hopefully she will pick up too.

3. Model and encourage an active lifestyle

I’m not a super sporty person, and I’m never going to be the mama that takes the kids down to the football pitch every Saturday, however, in our home we have a treadmill and we have a stationary bike, and the girls see me using that. They also have a go when we’ve been cooped up indoors too much. We also go for a walk, cycle, skate or scooter to the park with one of the cheap Go2Scooter scooters, and go to skate club or swimming class. They are involved in Scouts and Girl Guides, and as I write this, we are on a cycling holiday in The Netherlands.

Yes, we have our screen time, yes,  over the winter months there’s less outdoorsy activity, but overall, I encourage them to get involved and be active, without forcing it in a way that will lead them to hate it later.

I truly believe that words matter. What we say has meaning. This is a lesson I’m consciously trying to teach Aviya at the moment, because she will often say really hurtful things in a bout of rage. She is six, we are working on it, but words really do matter. The insults we throw out when we are hurting or angry can stick with our children for the rest of their lives. The things they say to each other, can too. More importantly, what they hear us say about others, especially when we think they aren’t listening, will inform how they see others, and by association, themselves.

My girls have beautiful eyes, and they have probably often heard me say they inherited my dad’s beautiful eyes. A few days ago Aviya reminded me that she had her daddy’s Scottish skin, and should put some sunblock on. They hear the words we say, and they carry them.

On this note, I’m also working on being mindful of attributing positive or negative values to physical attributes. A big nose isn’t ‘bad’ and a flat tummy isn’t ‘good’. I think this is an important step in teaching tollerance and inclusivity in general.

5. Be prepared for the changes

A couple of days ago 8 year old Ameli had a question for me about periods. She knows what they are, I’ve always been really open about what it is and why a woman has them, and I’ve never inferred that they are anything other than a positive aspect of growing up. In fact, there’s a women-only camp I attend every year and the girls know that they will be allowed to come too, once they are, in fact, women.  It’s a rite of passage.

It has made me think, though, of my own journey into mensis, and to say it was a rocky start would be putting it mildly. At first I thought I was dying. When I realised I wasn’t, I thought having your period meant you bleed now, every.single.day for the rest of your life.

I was wholly unprepared, and I don’t want that to be the case for my girls. So whether that means putting together a care kit with some German camomile oil, a red raspberry leaf tea, some chocolate and a couple of pairs of Knixteen period-proof pants, and keeping them in the cupboard for the day they become necessary, or even just buying a book to introduce that conversation, I do believe that preparing children for the changes that come is actually a beautifully empowering gift that they might not wholly ‘get’ in the moment, but later years when they’re comparing war-stories with their friends, they might realise just how fortunate they really were.

For most of us, working on having and maintaining a healthy body image is an ongoing process, but I also think that the above are practical, fairly simple things that over time we can work on. For example we might not love what we see in the mirror but we can be mindful about how we react when we do. It takes practice and a change in the way we think, but it is possible, and with a little luck our children will have a much more body positive outlook on themselves and others.

Tags: Body Image Positivity self image Self Worth
Categories: Motherhood

Bean Counting – Making The Finances Add Up When You Just Want To Be A Mother
Don’t Judge Me – I’m Doing My Best
Five Minutes To Better Sleep
August Festival of Food Carnival – Call For Submissions: Meatless Meals