We took a bit of a break from our Women Who Did series over the last year, because, life…  but we are back and at it this month with our new heroine: Anne Frank – fitting for people who’ve just been where her story unfolds and extra special because this year, on the 12th of June, Anne Frank would have been 90 years old.

I should start by saying that I’ve tailored this content to a 9 and a 7-year- old, leaving out a lot of the grimmer details. I grew up with Corrie Ten Boom’s story, and that was pretty intense and heartbreaking enough, but I made the mistake recently of allowing Ameli (9) to watch The Boy In The Striped Pyjamas. It’s one of those movies that doesn’t show all the details, but infers a lot, so it relies on the watcher’s own experience to fill in the story – for that reason it’s a good movie for younger (12) viewers as it relies on their own knowledge. Right up until about the last 2 minutes, that is – then it becomes pretty explicit and horrifying and can leave a too-young viewer sobbing on your lap (but hopefully not permanently scarred). 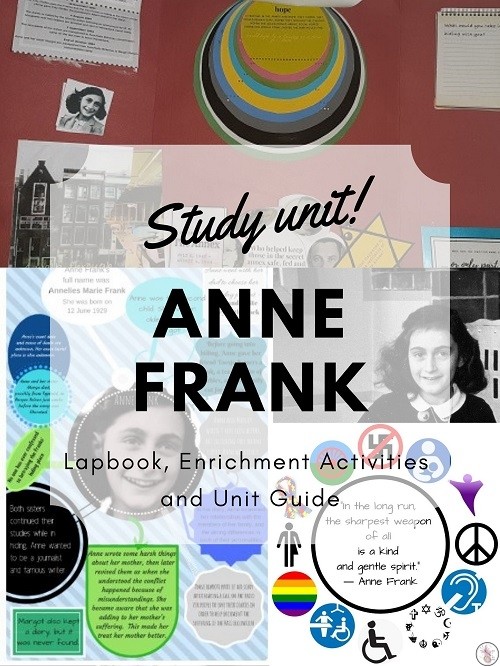 For this reason, I have been pretty careful about how to introduce Anne Frank’s story.

We have been to Anne Frank House in Amsterdam, but if that’s not something you can manage, there’s a fairly good VR tour here. It helps, when reading the book, to have a visual understanding of where and how they were living.

As we were in The Netherlands, I decided to also explore some of the history of The Netherlands during the 2nd World War, and it’s significance during that time. The children found this interesting, so hopefully you will too! It is, again, a simplified view of things, but it works, and it places Anne Frank’s story in time. You can download that here as long as a Netherlands lapbook here.

As compared to our study on Amelia Earhart or Frida Kahlo, this didn’t really feel like the kind of topic that lends itself to arts and crafts and frivolity, so excuse the lack of ‘fun’ but there are still a few enrichment activities to do with this unit.  (These will be updated with links once they’re live on the blog!) 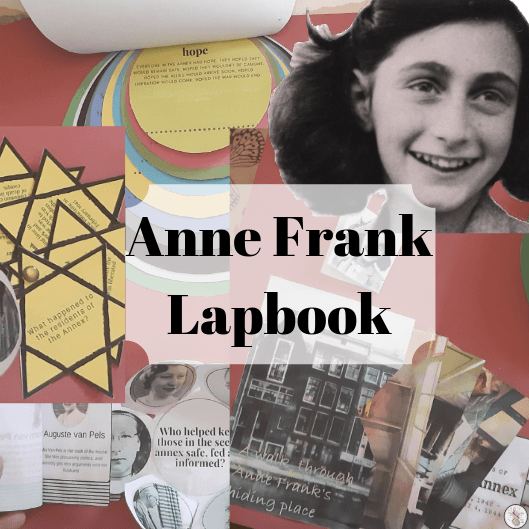 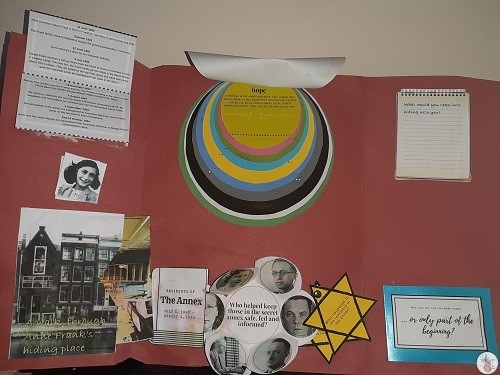 – A creative commons cover image for your lapbook

– A flower lift the flap for identifying the people who kept those in the annex safe, fed and informed

– Six of Anne’s best quotes to glue & learn and discuss

– A ‘notebook’ with flip-pages and questions f or people to answer
(questions like ‘what would you take into hiding with you?’, ‘what are some of the beautiful things you can focus on when you feel miserable’, ‘ what would it be like to live quietly for two years’ etc and spare pages for your own questions)

– A photographic walk through of the secret annex

– Yellow stars with what happened to each person after the annex 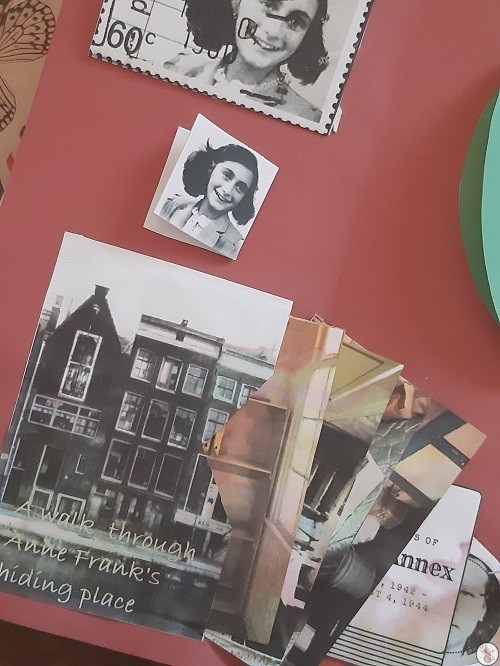 – Feelings, Anne Frank and Me – explore emotions Anne experiences in the book and see how these relate to us today

– QR Codes for interactive virtual tour of the house and graphic novel videos.

And there’s a four-page overview for parents/teachers too, so that you have all the information on hand that you’ll need to complete the lapbook.

The lapbook is free to download if you join our very infrequent mailing list (I only really send one out when there’s a new study unit, or sometimes to let you know about study units that go with annual events, like Winnie the Pooh’s birthday!)

If you’d rather not be added to the mailing list, you can purchase the lapbook for $5 here. 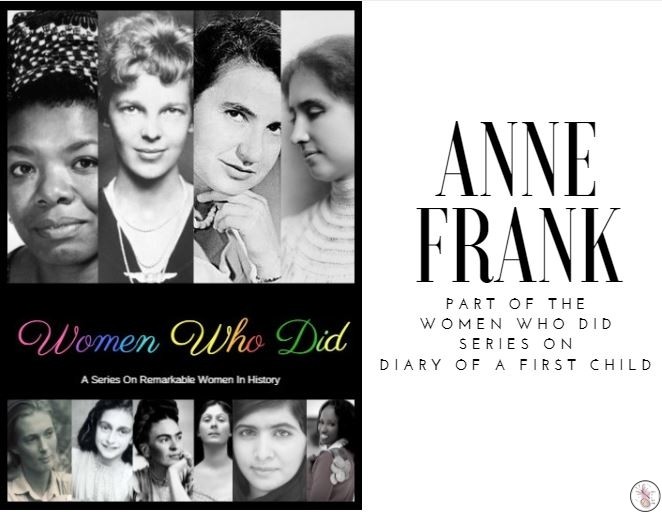