Summer is in the air, and that means it’s time to get our green fingers out and get things growing. Unfortunately, if, like us, you don’t have a garden, you have to keep your growing to indoors, which is why we’ve popped some Eco Pods up on the wall to get a herb garden going. Last year the kids made lovely fairy gardens on the allotment, but since we’ve given that up, we’ve had to find an alternative growing idea for them this year, so, along with beans and other things we’re trying out on the window sill, we also thought we’d give this gorgeous Unicorn Garden a try. A few years back we had a similar set but the kids were small and they don’t remember it. I think we’ll have better luck this time round! 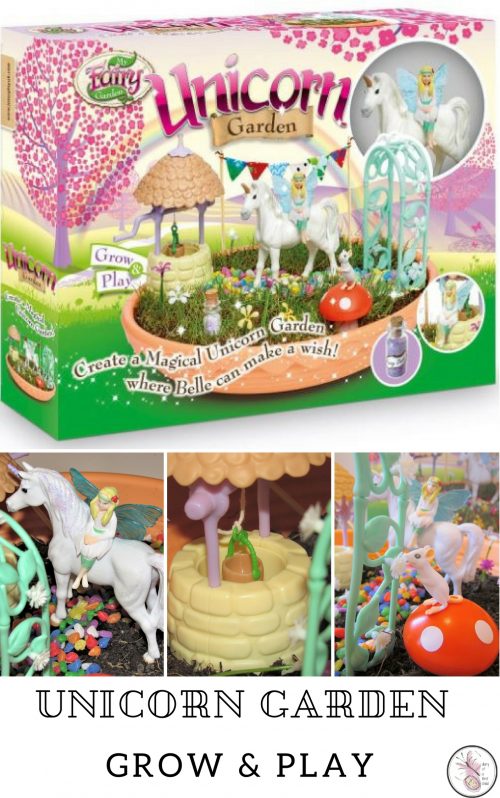 The Unicorn Garden Play and Grow set from Interplay is a really lovely set. In the box you’ll get:

You will only need to add soil and water. 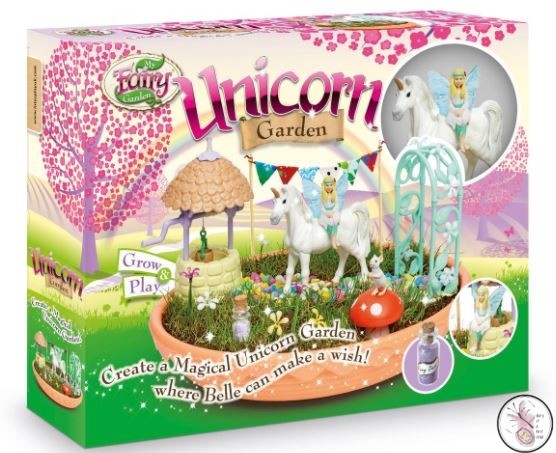 So as you can see, there’s tons included in the kit.

On opening the box we found that our fairy’s wings had broken off, but that wasn’t anything a spot of superglue couldn’t fix, so she’s good as new. 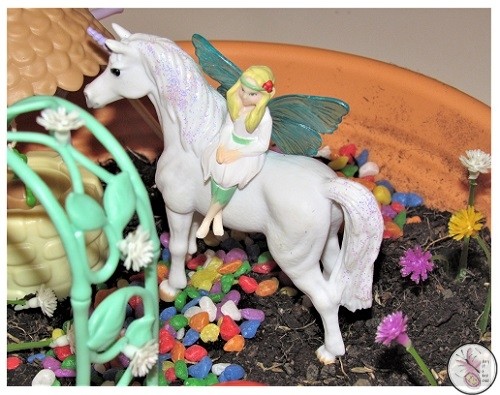 To start, we filled the bowl with soil and sprinkled the grass seed over it. According to the instructions you should place everything before adding the seeds, so maybe we should have done it that way… but never mind. One tip is to fill the bowl to quite near the top. We didn’t so things like the arbour and bunting kept falling over. We’ll have to redo it at some point, I think. 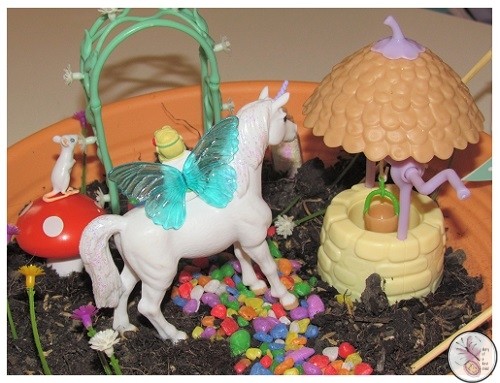 The arbour comes in three parts, so kids can click the parts into place, and the attach the flowers. My six year old did this happily. The well also comes in parts, so you need have to knot the string on, and attach it to a clasp that attatches to the bucket. It’s easy enough, Ameli (8) managed. 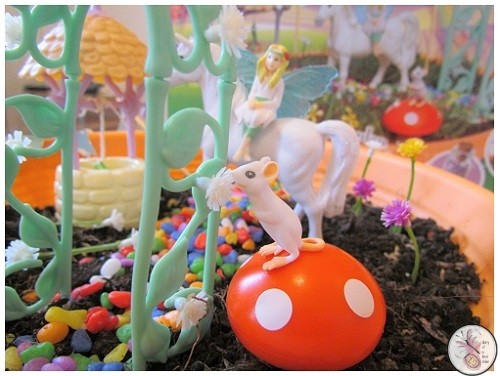 After scattering the pebbles, we placed the unicorn, fairy, well, arbour and the loose flowers all around, and watered the ground. Then we sat waiting for the grass to grow. It’s true what they say. Watched grass doesn’t grow. (Or is that kettles don’t boil?) Either way,nothing happened, so we sprinkled some fairy dust over it.  It still didn’t grow immediately (I didn’t expect it to, the kids did) so we’re still waiting for the grass to grow. But it will, and our unicorn garden will be green soon enough. 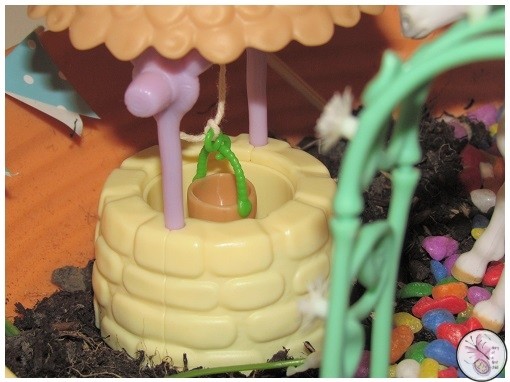 Well, the kids have enjoyed playing with it, and it’s pretty to look at. Fairies from other sets have popped by to visit and the unicorn has trotted off to other pastures, but the grass will peak through eventually, and I’m sure all the bits of the set will have a happy reunion!

My fairy garden is £19.99 RRP, which is what it is at Interplay but at the time of writing it’s on Amazon for £14.99, which I think – for everything you get, and the fact that there’s enough spare string and bunting and probably grass if you only planted the grass after laying the path to do a second round another time – it’s really good value. Everything is reusable, and grass seed isn’t hard to come by, so you’d be able to use it year after year with a little bit of care for the loose goodies.